An adorable two year old named Benjamin Olson and his 99 year old neighbor Mary O’Neill have become the best of friends. While the friendship seems unlikely, the duo found companionship with one another through a shared fence during the time when the world was stuck inside due to COVID-19. The pair even devised an original game that they played through the fence and called “cane ball”. Benjamin and Mary have continued playing this game through the present day.

“Cane Ball” is one of the made-up games 2-year-old Benjamin Olson and 99-year-old Mary O’Neill play across their backyard fences. The two became best friends when both were stuck at home during the pandemic and still play nearly every day. 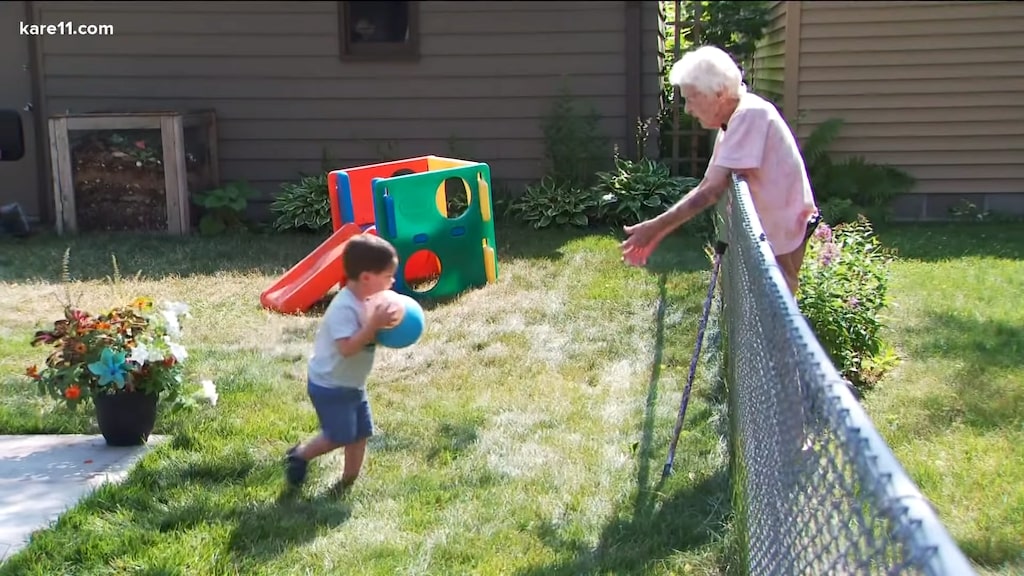