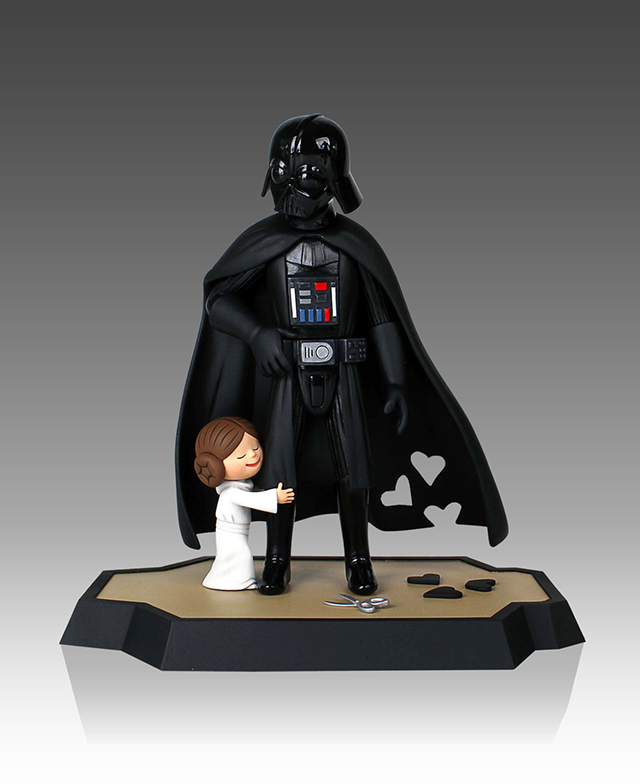 Gentle Giant Studios and Chronicle Books teamed up to create two adorable statues based on scenes from best-selling children’s books “Darth Vader and Son” and “Vader’s Little Princess” by cartoonist Jeffrey Brown. One statue shows a little Princess Leia cutting heart shapes out of her father’s black cape and the other has young Luke Skywalker giving big daddy Vader a Rebel-themed necktie as a gift. Each hand-numbered statue will come as part of a box set that includes a copy of the related book, black and white concept sketches by Jeffrey Brown, and more. The limited edition “Darth Vader and Son” and “Vader’s Little Princess” box sets are currently available to pre-order online from Gentle Giant Ltd. and will ship this summer. 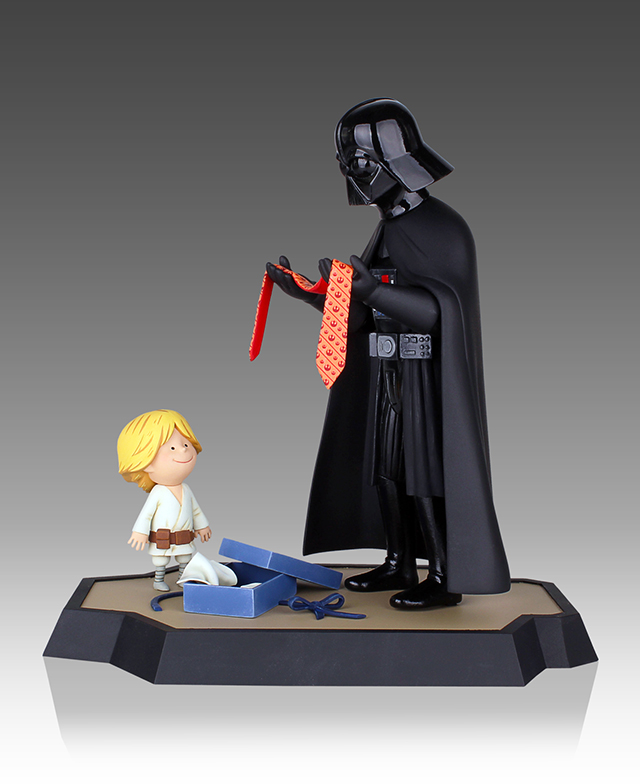