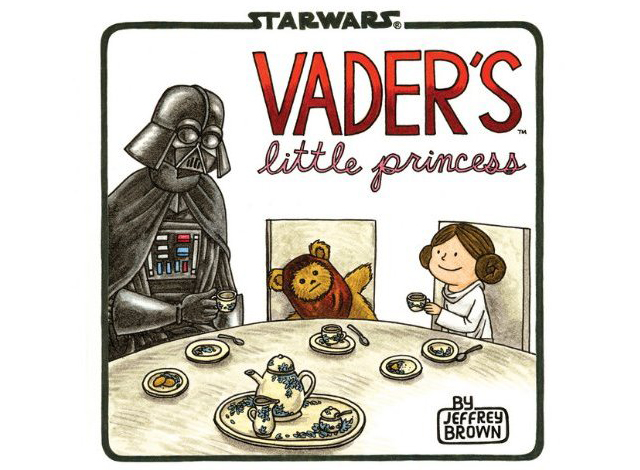 Vader’s Little Princess is an upcoming Star Wars themed children’s book sequel to Darth Vader and Son created by cartoonist / author Jeffrey Brown and published by Chronicle Books that gives us a comic style look at what life might have been like for Leia if Lord Vader had been a good father to her while growing up. It is available to pre-order (release in April of 2013) from Amazon and Chronicle Books. You can view (below) and download a Darth Vader and Son / Vader’s Little Princess themed poster and holiday gift tags featuring Luke, Leia, and Darth Vader.

In this irresistibly funny follow-up to the breakout bestseller Darth Vader™ and Son, Vader—Sith Lord and leader of the Galactic Empire—now faces the trials, joys, and mood swings of raising his daughter Leia as she grows from a sweet little girl into a rebellious teenager. Smart and funny illustrations by artist Jeffrey Brown give classic Star Wars® moments a twist by bringing these iconic family relations together under one roof. From tea parties to teaching Leia how to fly a TIE fighter, regulating the time she spends talking with friends via R2-D2’s hologram, and making sure Leia doesn’t leave the house wearing only the a skirted metal bikini, Vader’s parenting skills are put hilariously to the test. 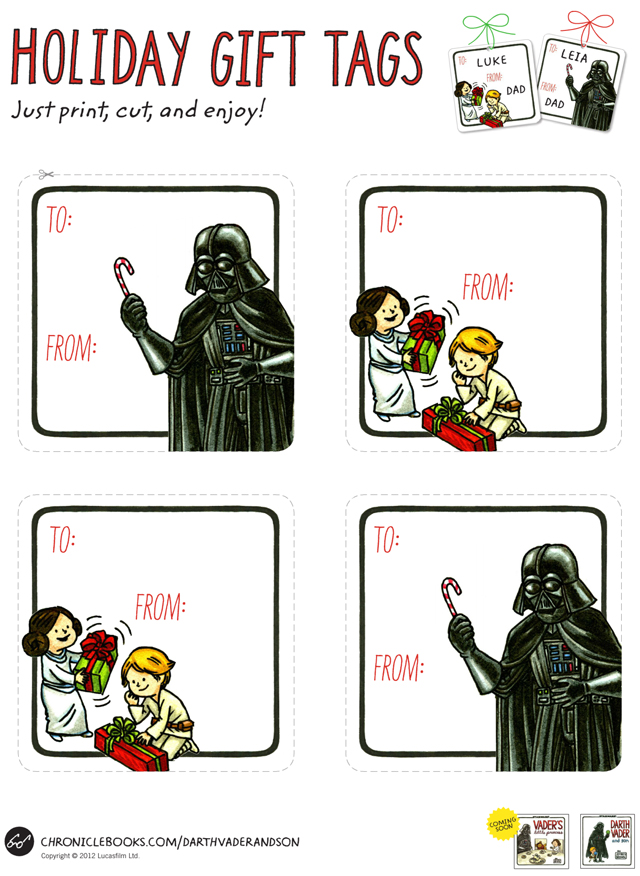 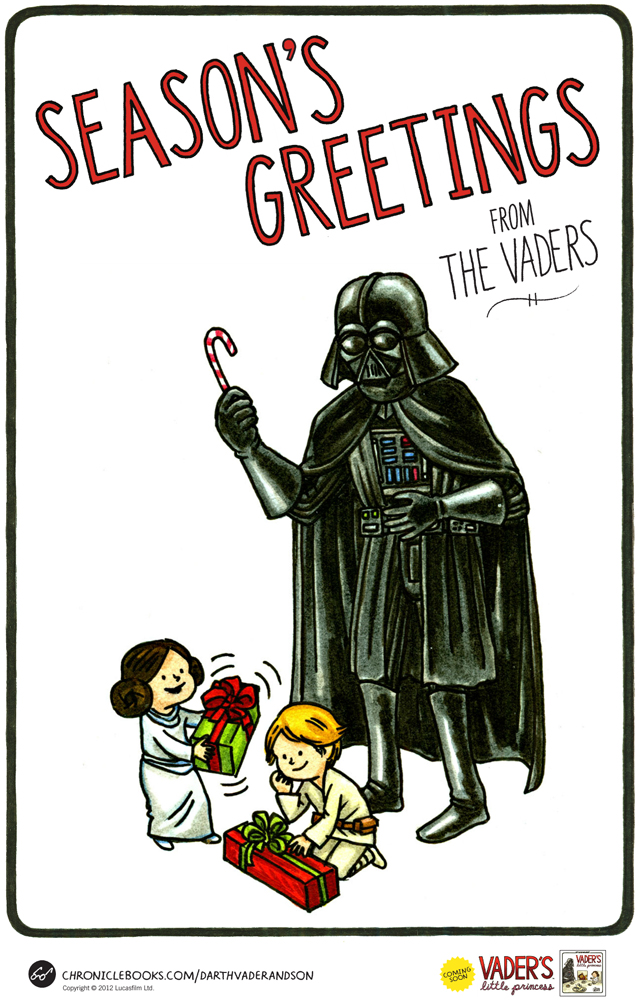 via ComicsAlliance and Super Punch