Twitter Lite is a faster, data friendly way for people to use Twitter to see what’s happening in the world.

Citing concerns about slow networks impeding the social media experience, Twitter partnered with Google to introduce Twitter Lite, a progressive web app that launches and navigates up to 30% faster than the current version, letting the user decide what images they want to see. This design allows for less data usage and a reliable connection even on the most unreliable of networks. Twitter Lite is available through mobile.twitter.com.

Today, we are rolling out Twitter Lite, a new mobile web experience which minimizes data usage, loads quickly on slower connections, is resilient on unreliable mobile networks, and takes up less than 1MB on your device. We also optimized it for speed, with up to 30% faster launch times as well as quicker navigation throughout Twitter. Twitter Lite provides the key features of Twitter—your timeline, Tweets, Direct Messages, trends, profiles, media uploads, notifications, and more. With Twitter Lite, we are making Twitter more accessible to millions of people—all you need is a smartphone or tablet with a browser. 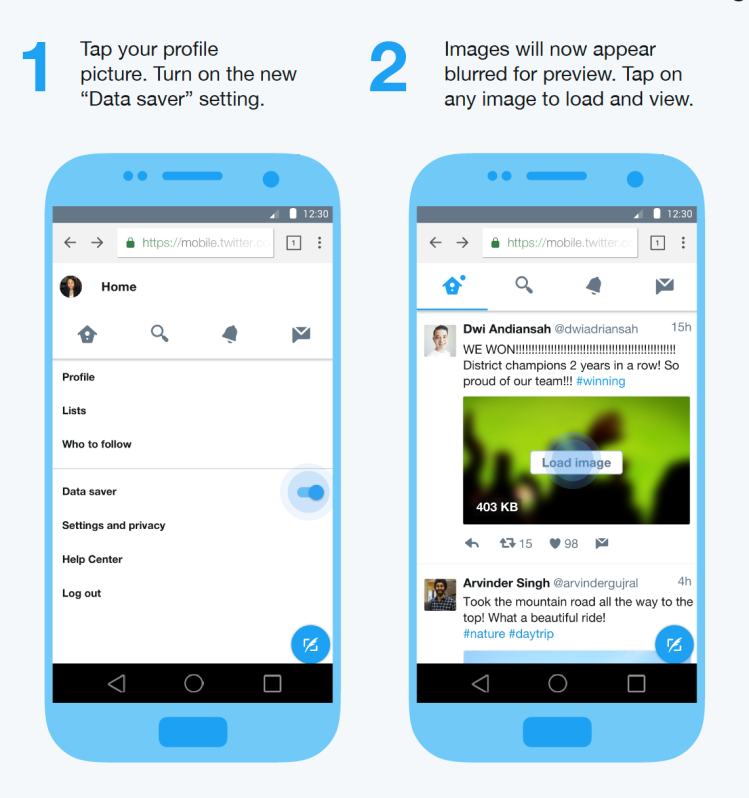