Zachary Weiner of the comic Saturday Morning Breakfast Cereal has authored an interactive choosable pathway gamebook. Trial of the Clone is a “comedy science fiction story set in the future” with over 20 illustrations by Chris Jones. A fundraising campaign has started on Kickstarter to bring this adventure book (which is similar to the ones you had as a kid) to print.

Since I was about 12, it’s been a dream of mine to write an adventure game like the old Lone Wolf books by Joe Dever. Thanks to some encouragement from my publishers at Breadpig, I finally did it.

…Think Douglas Adams, but meaner. It’s taken a lot of time to build many different tracks for players to take, and I think you’ll enjoy it. 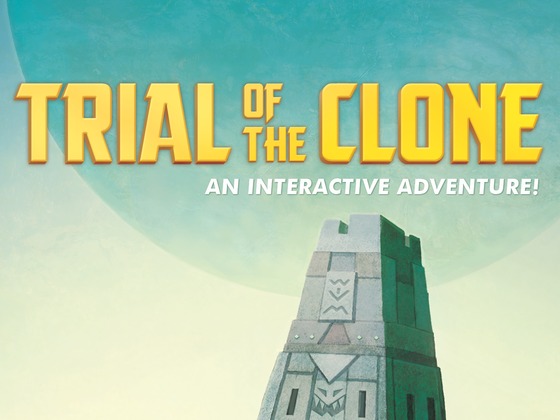