In “Fingers Bloody Fingers“, the first chapter of the VH1 animated series The Complete History of Heavy Metal, Black Sabbath founding member and guitarist Tony Iommi shares how he lost his fingertips and how that loss forced him to create his now-legendary sound. Animator Paul Blow shared how the story came to be told.

The team at VH1 needed to tell the story of Tony Iommi of Black Sabbath and the origins of Heavy Metal and it’s bloody beginnings. The project started with a script with Tony narrating his early experiences which I used to create a storyboard. I was given creative freedom which proved excellent, as most of my suggestions were a included. So by the end we had around 50 frames from which I then produced final art. All within a three week period….ouch. I totally loved the idea of the MACHINE as a supporting character and used that to create the factory building’s ‘face’… 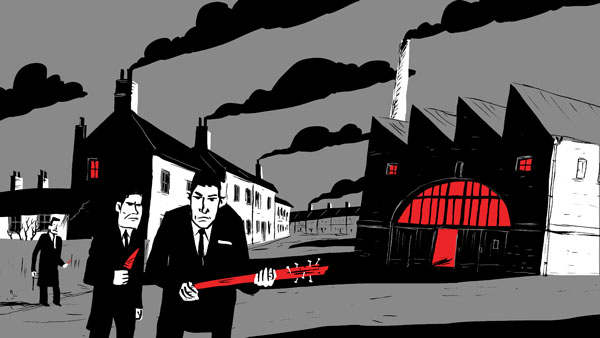 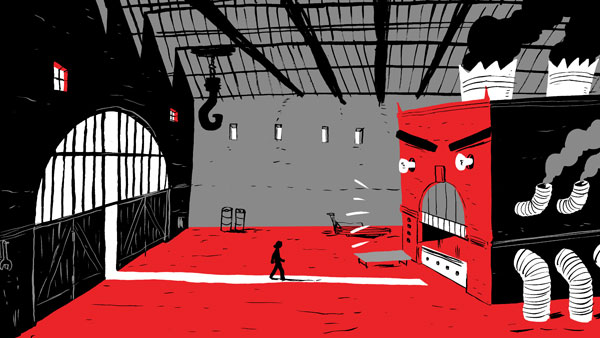 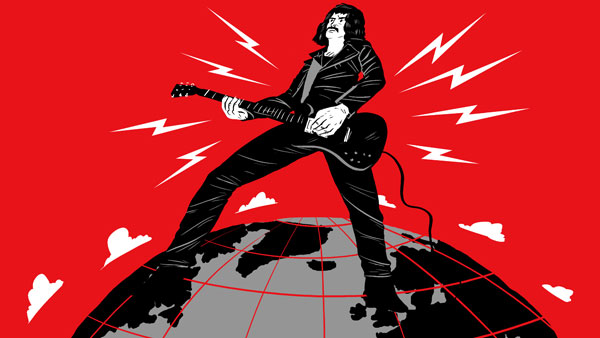