TinyTim: King For A Day is a fascinating documentary by Juno Films that tells the story of Herbert Butros Khaury, a young, outsider musician who began his career performing at small gay clubs in Manhattan where he got the name of “Tiny Tim”. The film premieres on April 23, 2021. 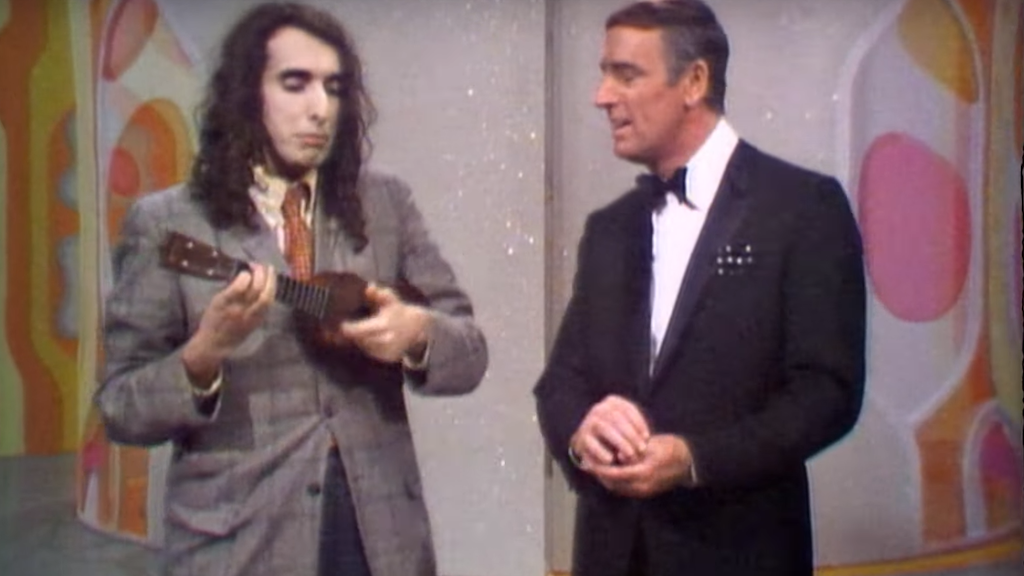 The documentary, which is narrated by “Weird Al” Yankovic, plots Tiny Tim’s career through the artist’s diaries. It’s important to note how Tim’s sexually ambiguous visage, his falsetto voice, and cheerful songs, such as “Tiptoe Through the Tulips”, lead the way for such gender-bending artists as David Bowie, Iggy Pop, Prince, and Boy George.