A tiny two-pound papillon/chihuahua mix named Konjo in Tustin, California has broken the Guinness World Record of “Fastest 5 metres on front paws by a dog“, a record previously held by Jiff the Pomeranian. Konjo beat Jiff’s record by over five seconds in the five-meter race.

Konjo has claimed the title of fastest 5 metres on front paws by a dog with a time of 2.39 sec, smashing Jiff’s record of 7.76 sec. The attempt took place at Tustin Sports Park, Tustin, California, USA on 22 December 2014. Owner Julia Pasternack was confident about Konjo’s ability when she first contacted the Guinness World Records team. “She started walking on front feet when she was a puppy and does it 100% naturally. My theory as to why she started doing this is that her center of mass resides primarily in the front, allowing her better balance. Her smaller stature probably makes her more agile”. 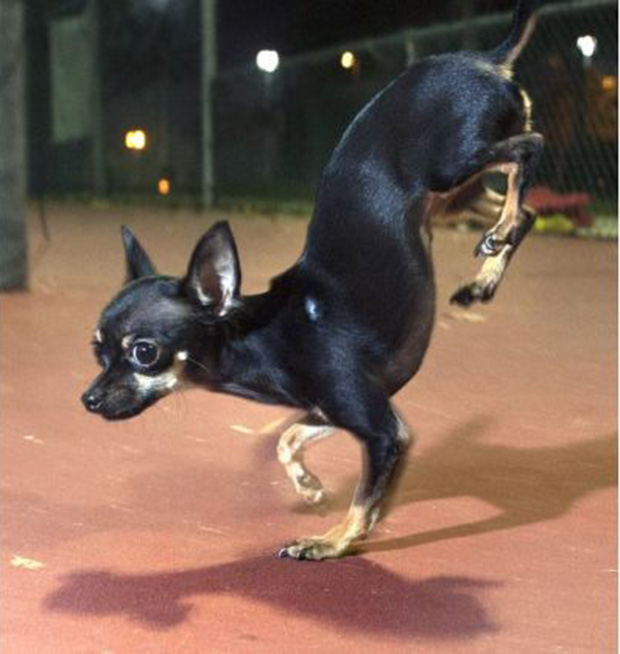 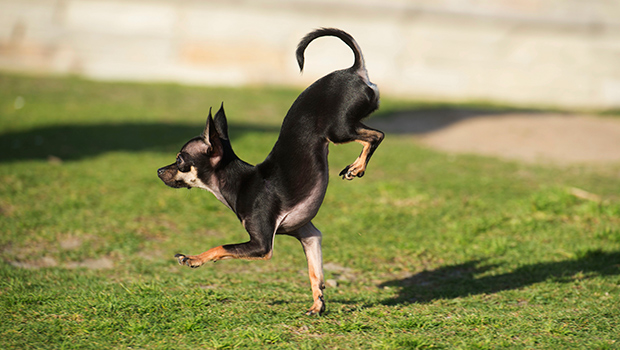 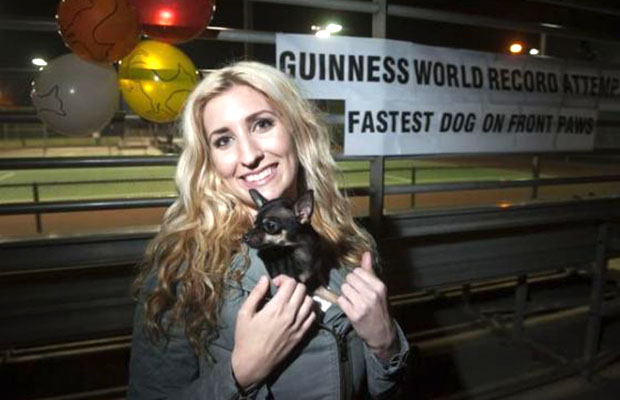