TIK is a minimalist keychain by Budapest-based designer Daniel Farkas that utilizes the joints of a bike chain for an incredibly slim footprint that weighs 40% less than standard key rings. According to Farkas, the design is also extra rugged and provides additional leverage, making the keychain a single unit when using it in a keyhole. The idea for the product, which is currently raising funds via a Kickstarter crowdfunding campaign, came to Farkas during a biking trip up the Hekla volcano in Iceland.

There was a super steep ascent and I hoped my muddy chains won’t surrender under the load. Of course they worked like charm and then I suddenly came to the realization: the chain has that one-dimensional flexibility that I needed and the rollers in my 10-speed chain seemed to be just as thick as a regular key. 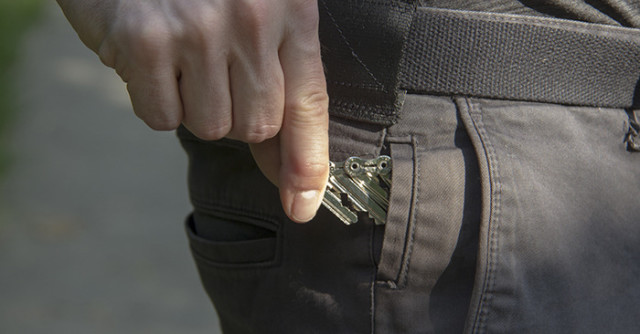 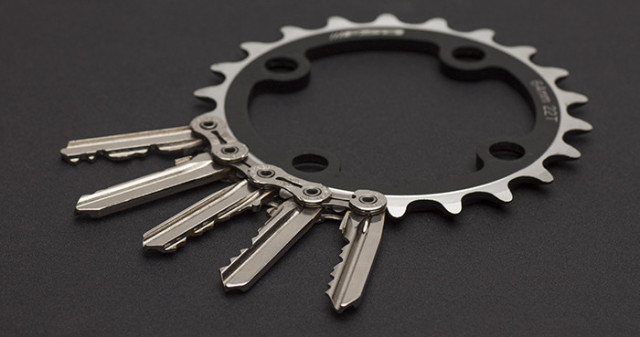 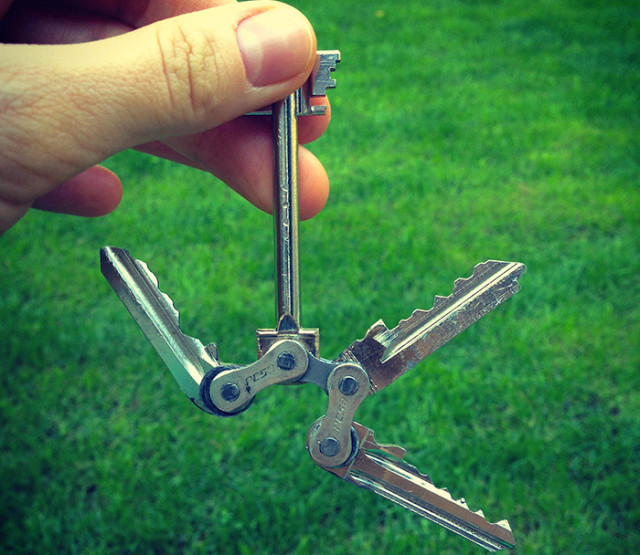