Marvel has released the first teaser trailer for Thor: Ragnarok, their upcoming superhero film directed by Taika Waititi that will be a sequel to Thor and Thor: The Dark World. The exciting trailer shows Thor (Chris Hemsworth) losing his hammer (Mjolnir), being held against his will on the planet Sakaar, and being forced to battle his old pal the Hulk. Thor: Ragnarok, which takes place after the events of Avengers: Age of Ultron, is scheduled to crush its way into theaters on November 3rd, 2017. 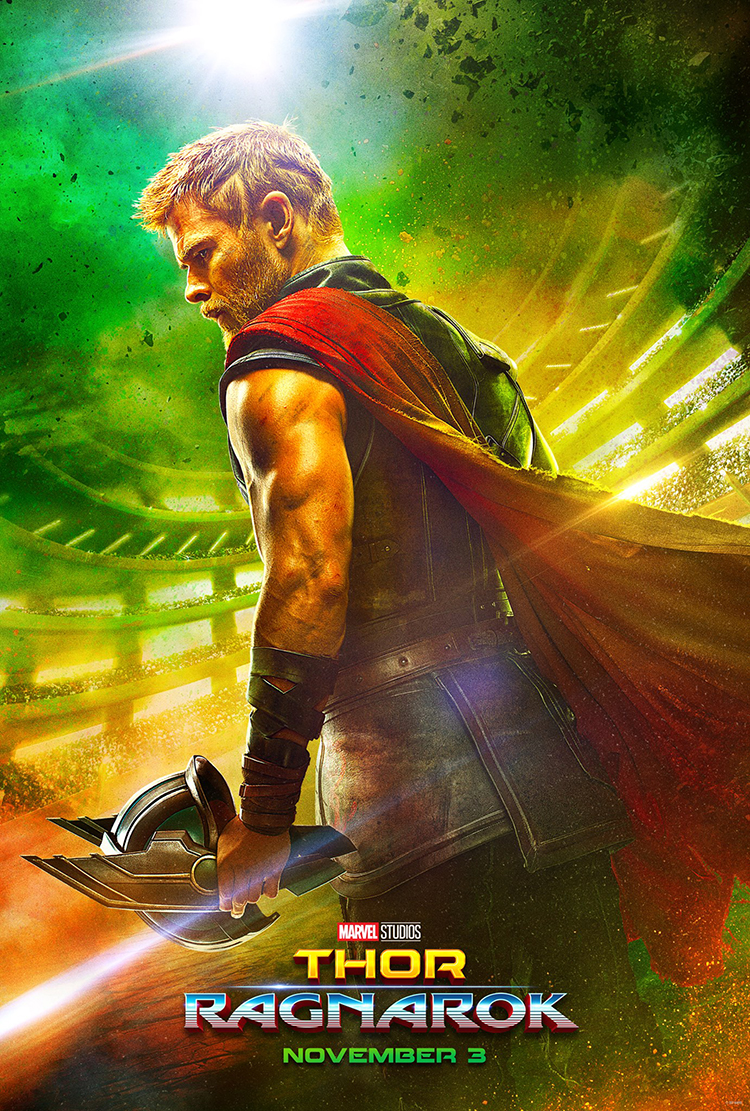