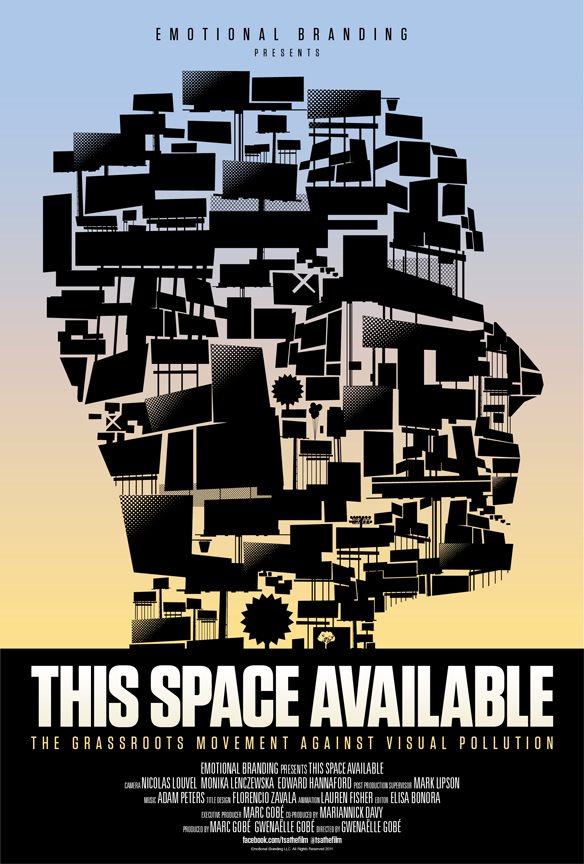 This Space Available directed by Gwenaëlle Gobé is a documentary about the global grassroots movement to combat the visual pollution of outdoor advertising (trailer). The film premieres November 5 at the DOC NYC film festival.

From 240 hours of film, 160 interviews, and visits to 11 countries on five continents, This Space Available charts a fascinating variety of struggles against unchecked advertising and suggests that more than aesthetics is at stake. If Jacques Attali once called noise pollution an act of violence, is visual pollution also such an act? Should we also consider, as one Mumbai resident says, “which classes of society can write their messages on the city and which classes of society are marginalized?”