Yahoo! Movies has released a red band trailer for This Is The End, the upcoming action comedy film directed by Seth Rogen and Evan Goldberg. The film is scheduled to arrive in theaters in the summer of 2013 and is based on the 2007 short film Jay and Seth vs. The Apocalypse created by Seth Rogen and Jay Baruchel. Here is a synopsis of This Is The End by Yahoo! Movies:

Six friends are trapped in a house after a series of strange and catastrophic events devastate Los Angeles. As the world unravels outside, dwindling supplies and cabin fever threaten to tear apart the friendships inside. Eventually, they are forced to leave the house, facing their fate and the true meaning of friendship and redemption. 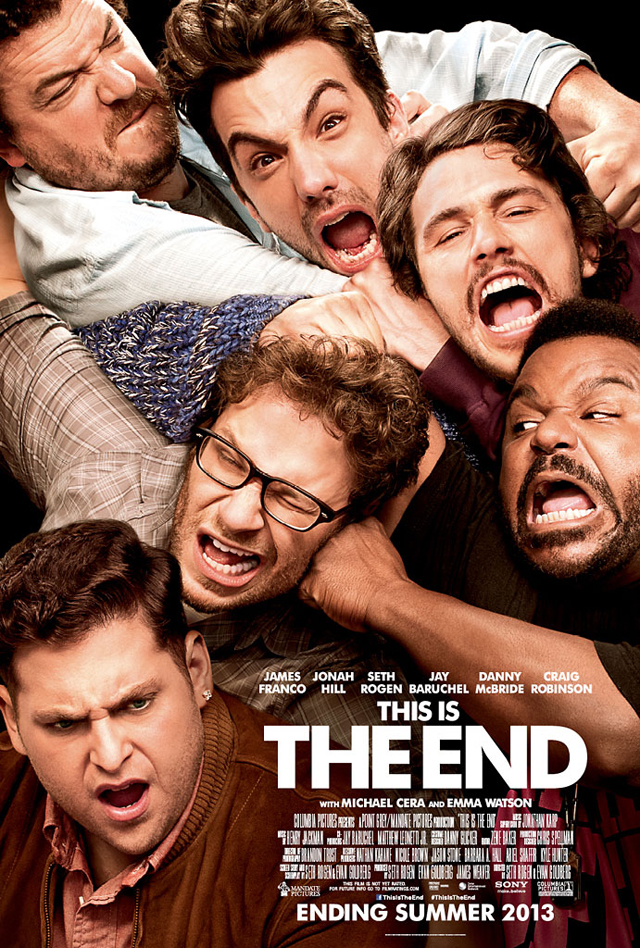 image and video via Yahoo! Movies