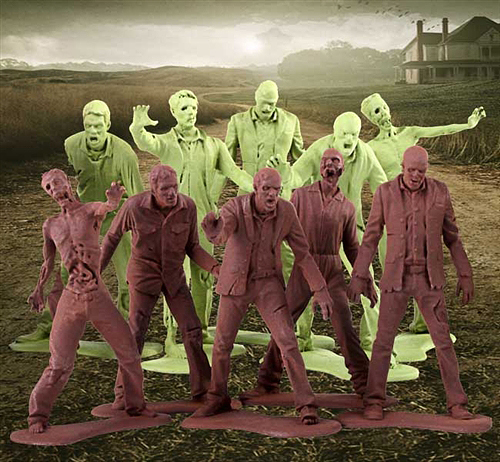 It’s a trip down memory lane… but with zombies! No longer constrained to the traditional green vs. tan, now kids and kids-at-heart alike can have their armies take on The Walking Dead! Use your green troops strategically to defend the last outposts of humanity, or take control of a horde of Walkers and decimate everything in your path in your never-ending lust to devour the living! With 10 figures per bag, featuring an assortment of different dynamic sculpts in two nightmarish colors, The Walking Dead Zombie Army Men are ready to rip, tear and chew their way into your toy collection. Purchase as many sets as you like!