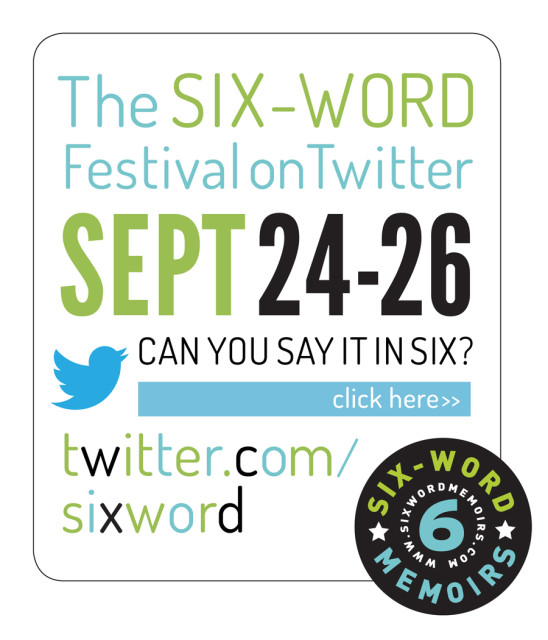 The Six-Word Festival, an online celebration of storytelling and brevity, takes place on Twitter September 24 to 26, 2013. The festival will challenge the Twitterverse to come up with six-word responses to prompts like “Thou shalt tweet a new commandment.” Celebrity judges will comb Twitter for their favorite responses. The Six-Word Festival is hosted by Six Words, the home of the Six-Word Memoir. We’ve been following Six Words since SMITH Magazine launched the project on Twitter back in 2006. Six Words relaunched a few days ago with a host of new features.