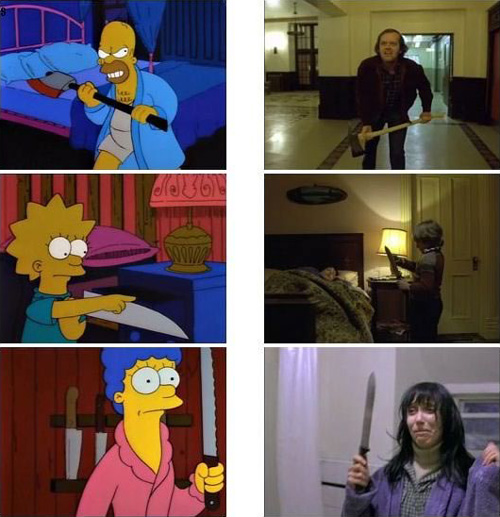 Joey “Accordion Guy” deVilla has posted an awesome galley matching up 66 stills from The Simpsons with the corresponding movie still that they are referencing.

UPDATE: In the comments Dario has pointed out that The Simpsons/Movie stills were originally posted on Actualidad Simpson blog. It’s not clear why Joey did not credit the source of the images he posted, but hopefully he will update his post.

As it turns out the original post on Actualidad Simpson is a much more detailed analysis of The Simpsons film references, with information on the film and the scene. Their blog is written in Spanish, but here’s a rough translation via Google Translate.