In 1902, President Theodore “Teddy” Roosevelt embarked on a bear hunting trip near Onward, Mississippi with several hunters. While the trip proved successful for the other hunters, Roosevelt who was not able to bag one. His assistant, Holt, tied an injured bear to a tree and offered for him to shoot it. Roosevelt refused, saying it was “unsportsmanlike.” That story became the subject of a Washington Post political cartoon by Clifford Berryman titled “Drawing the Line in Mississippi.” A shopkeeper named Morris Michtom, with his wife Rose, saw the cartoon and asked Roosevelt if they could make stuffed toy “Teddy Bears.” Andrew Sullivan of The Daily Beast‘s The Dish has more of the story. 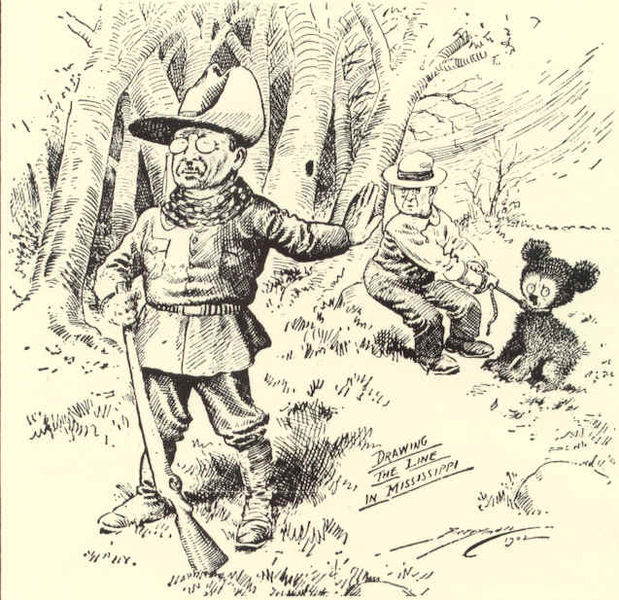 “Drawing the Line in Mississippi”