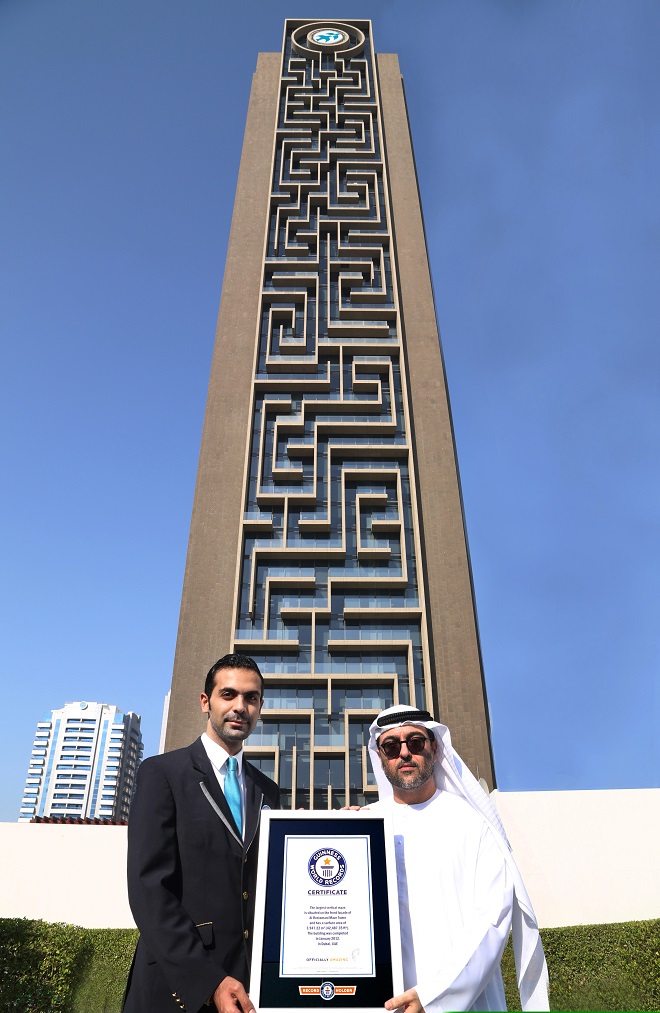 The 57-story Maze Tower in Dubai features a striking maze design covering nearly the entirety of its front and rear facades. Constructed of stone, the maze encompasses the balconies for the various residential units and offices in the building. At night, multicolored LED lights illuminate the maze design and a “Maze Eye,” a 26-diameter video wall near the top of the building, can be used to display images. According to Guinness World Records, Maze Tower has the largest vertical maze in the world. Maze Tower was designed by German architecture firm Planquadrat for Al Rostamani Group. 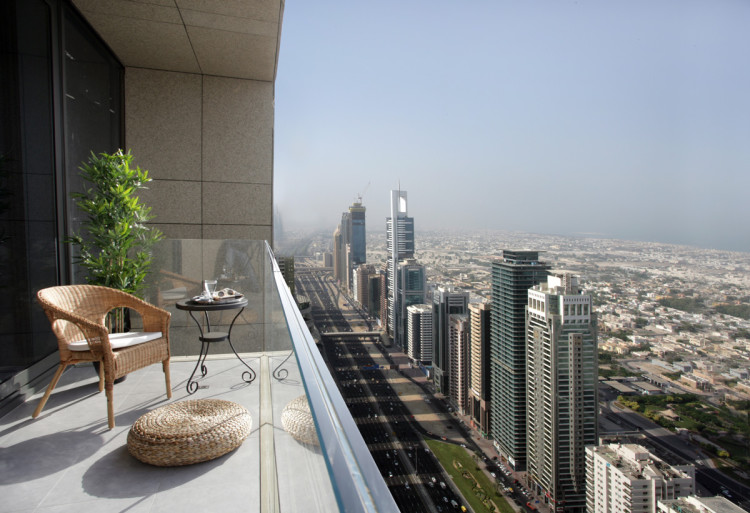 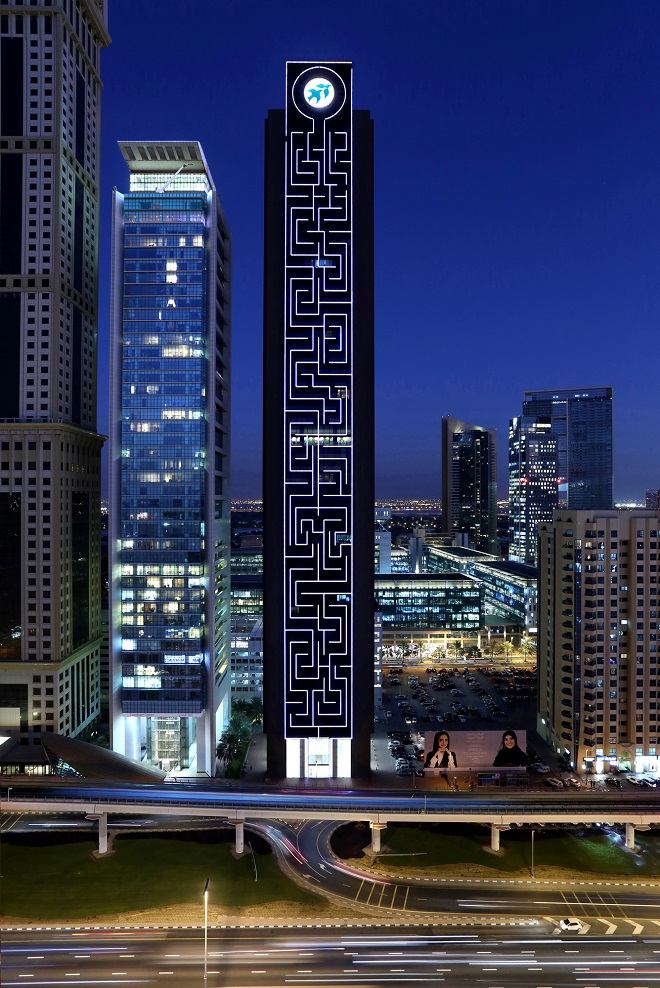