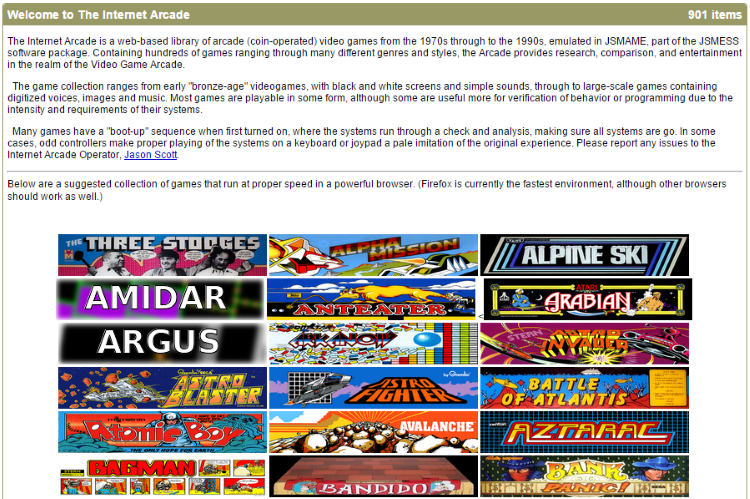 The Internet Arcade is a large collection of coin-operated arcade games hosted by the Internet Archive that are playable in a web browser. The collection, which specifically features coin-operated video games from the 1970s, 1980s, and 1990s and is operated by Jason Scott, currently plays best when using Firefox.

The game collection ranges from early “bronze-age” videogames, with black and white screens and simple sounds, through to large-scale games containing digitized voices, images and music. Most games are playable in some form, although some are useful more for verification of behavior or programming due to the intensity and requirements of their systems.