In a fascinating episode of the online trivia series Today I Found Out, host Simon Whistler recounted the very unusual and infamous day in which all flights out of London’s Heathrow Airport were grounded due to sightings of a flying pig. Hell hadn’t frozen over, rather it was a photo shoot for Pink Floyd‘s legendary 1977 album Animals, which was to feature an inflated pig flying over Battersea Power Station on its cover. Unfortunately, due to high winds, the tether holding the porcine float in place snapped.

After painstakingly attaching the pig to Battersea’s southernmost chimney, disaster struck as the tether holding the balloon in place broke during a wind gust, causing the gigantic inflatable porcine to begin lazily drifting away. The pig was loose. Moments after the skyward swine escaped, Heathrow officials received several communiqués from pilots in passing planes matter-of-factly telling them that they’d just seen a giant pig float past their windows. After realising that the calls weren’t a joke, all flights from the airport were grounded. 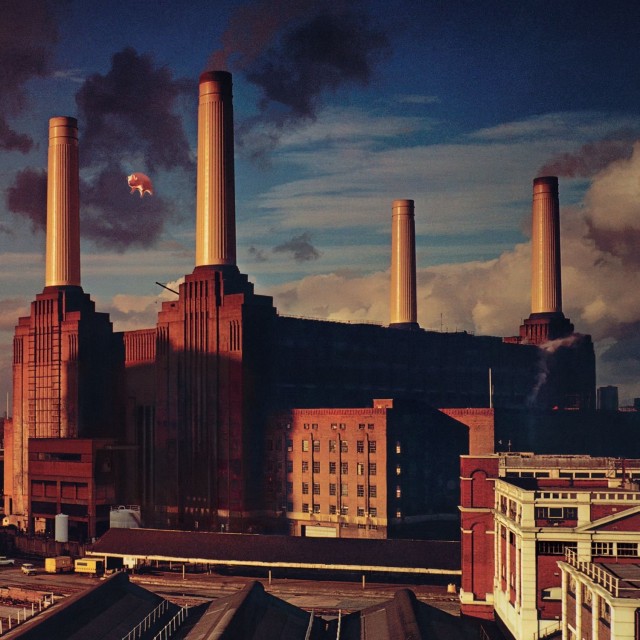