In his TED Talk from March 2014, author Jon Mooallem spoke about the history of the “Teddy Bear” and how embracing the cuddly plush animal as an unofficial mascot has affected the manner in which humans regard animals.

There’s a cultural dimension to how we think about animals, and we’re telling stories about these animals, and like all stories, they are shaped by the times and the places in which we’re telling them. So think about that moment back in 1902 again where a ferocious bear became a teddy bear. What was the context? Well, America was urbanizing. For the first time, nearly a majority of people lived in cities, so there was a growing distance between us and nature. There was a safe space where we could reconsider the bear and romanticize it. Nature could only start to seem this pure and adorable because we didn’t have to be afraid of it anymore. And you can see that cycle playing out again and again with all kinds of animals. It seems like we’re always stuck between demonizing a species and wanting to wipe it out, and then when we get very close to doing that, empathizing with it as an underdog and wanting to show it compassion. So we exert our power, but then we’re unsettled by how powerful we are. 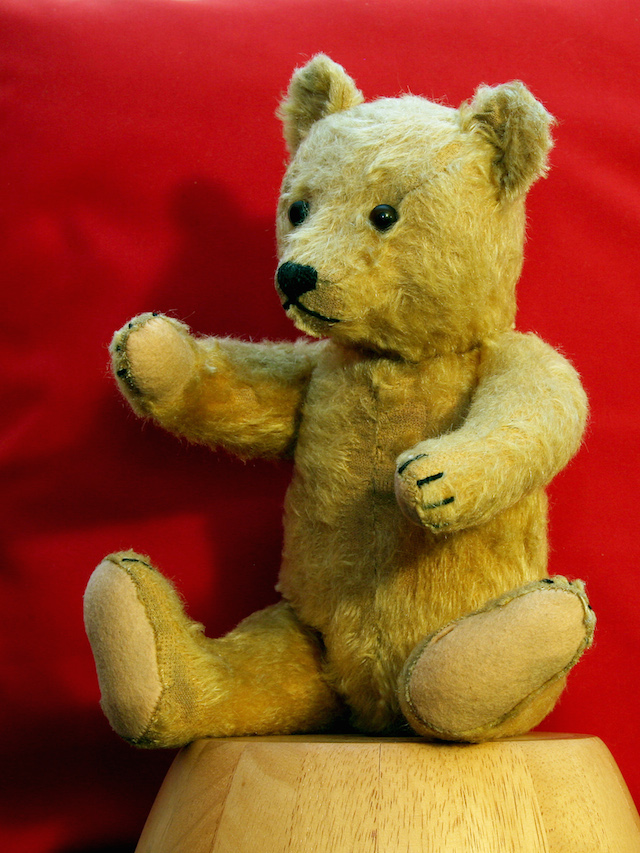 A German teddy bear circa 1954