Don Hertzfeldt has been creating hilarious animated films for over a decade. At one of Nik and Nancy Phelps’ Ideas in Animation screenings I remember seeing Don’s fantastic Oscar nominated series of shorts “Rejected”, which he had created for the Family Learning Channel, which they rejected and never aired. 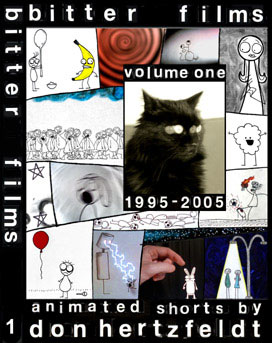 “Rejected” and several of his other animated films, including “The Meaning of Life” are included on his DVD “Bitter Films: Volume 1”. 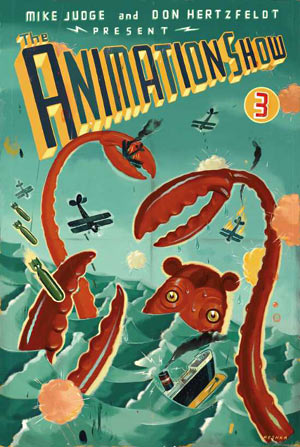 Recently Don teamed up with Mike Judge (Beavis and Butt-head, King of the Hill & Office Space) to put together The Animation Show, an touring animation festival that is making its way around the US and Canada through June. Here are Don’s opening, intermission and closing animations from a previous tour: