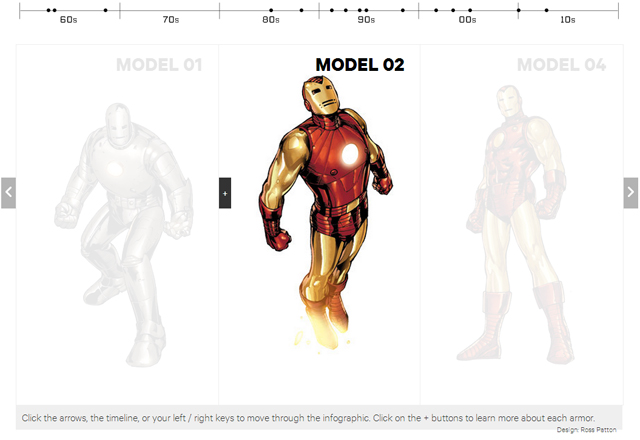 In celebration of the new Iron Man 3 film hitting theaters today, Oakland-based web designer and front-end developer Ross Patton design a marvelous interactive timeline for Wired Underwire displaying 14 of “The Greatest Iron Man Armors of the Last 50 Years.” You can browse through the collection and learn about each suit of armor at Wired Underwire. You may remember our recent post about their Iron Man 3 movie review in the form of a comic.

Since Tony Stark first constructed his first model of armor back in 1963?s Tales of Suspense #39, Iron Man has always been about the suit—and the suit has always been changing. Over the last 50 years of comics, we’ve seen dozens of different models come out of Tony Stark’s workshop, with features ranging from repulsor rays to the Extremis technology that plays an integral role in the upcoming Iron Man 3. We’ve picked out the fourteen most interesting and important incarnations of the Iron Man armor, and how they influenced the Mark 42 hitting the big screen this weekend. 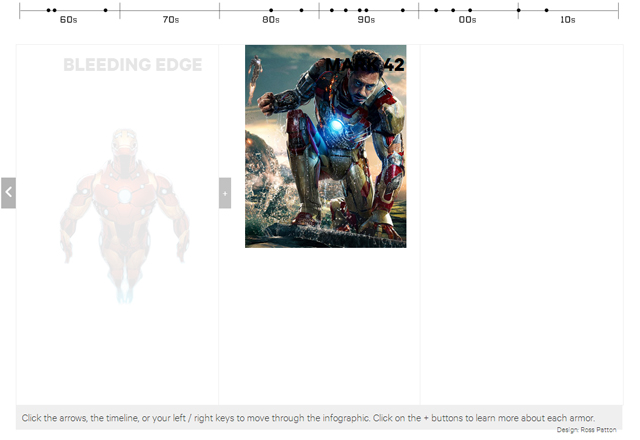 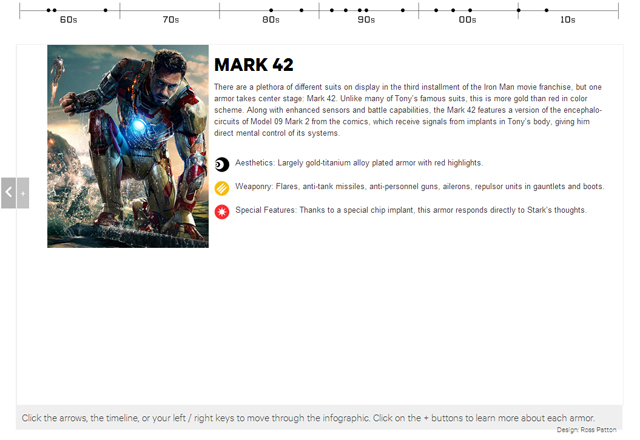