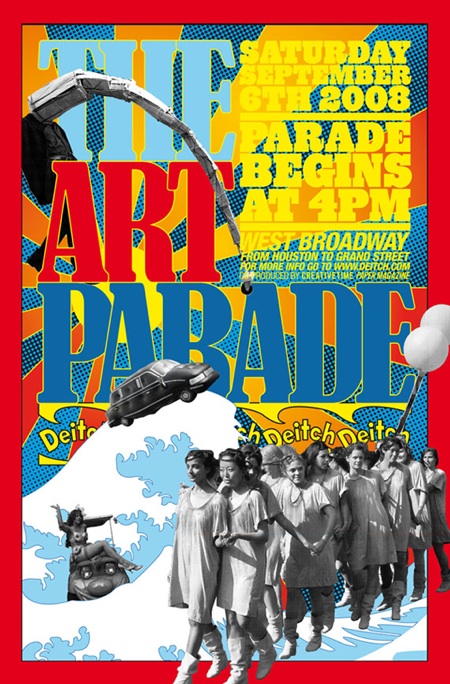 The parade will take place on Saturday, September 6th, at 4:00 PM on West Broadway. Following the success of the past three Art Parades, we have again invited artists, performers and designers to create floats, balloons, placards, portable sculptures, performances and street spectacles. This year’s parade will include over 90 projects, including those by Jim Drain, Barry McGee, Clare Rojas, Beta Tank, Yoko Ono, Dzine, The Voluptuous Horror of Karen Black and Kenny Scharf, and will involve over 900 participants, making this the largest and most dynamic Art Parade yet.

UPDATE: The parade has been canceled to to weather. Here’s the update from the Deitch Projects website:

The 2008 Art Parade has been CANCELLED due to a severe storm warning. We are trying to reschedule for spring 2009.