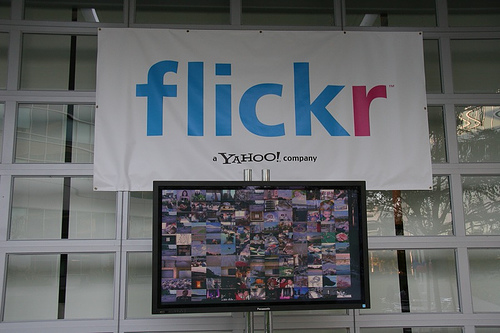 Erick Schonfeld wrote a great article for the current issue of Business 2.0 on how Yahoo’s purchase of Flickr has been causing a shift in the corporate culture of Yahoo: “The Flickrization of Yahoo”

Eric talks about how Yahoo is moving toward people and community, while Google is focused on science and machines.

The Flickrize’s most ambitious goal is to turn Web searching itself into a social event — the idea being that you can find what you’re looking for faster if you first see pages saved and tagged by people you know and trust. Done well, it could play as the triumph of the humans over Google’s cold mechanical approach.

This is an especially attractive idea to Yahoo veterans, since it harks back to the vision Yang and Yahoo co-founder David Filo had in their Stanford University dorm rooms: Categorize the Web and recommend the best sites for its users, using human editors. That vision had to be abandoned when the Web got too large. But this time the users and the editors will be one and the same, there will be enough to tackle the entire Internet — and Yahoo wonâ€™t have to pay them.

The Yahoo acquisition of Flickr has lead to the more recent purchases of Upcoming.org and del.icio.us. I’m sure 2006 will see even more change at Yahoo as it evolves from it’s old Web 1.0 ways.