In January 2016, Intel debuted their Drone 100 project in which 100 illuminated drones performed a coordinated aerial show over Hamburg, Germany. On May 4, 2016, Intel premiered the project over the Mojave desert. The show was not only notable for its beauty, but also because Intel was able to secure an exemption from the Federal Aviation Administration which allowed the show to go on, making it the first of its kind in the United States.

Exemptions from FAA regulations allowed Intel’s Drone 100 – a Guinness World record-setting sky light show – to perform for the first time in the U.S. The sun dropped out of sight one evening in March. The blue sky turned dark above California’s Palm Desert except for 100 colorful dots that danced like fireflies syncopated to a live outdoor orchestra. Invited spectators sat 500 feet away from a makeshift landing pad and watched a centennial of drones turn the night sky into a vibrant ballet of flickering lights. 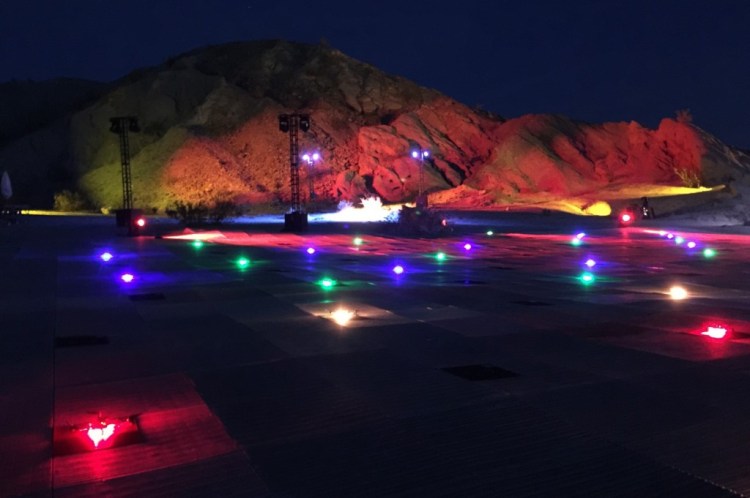