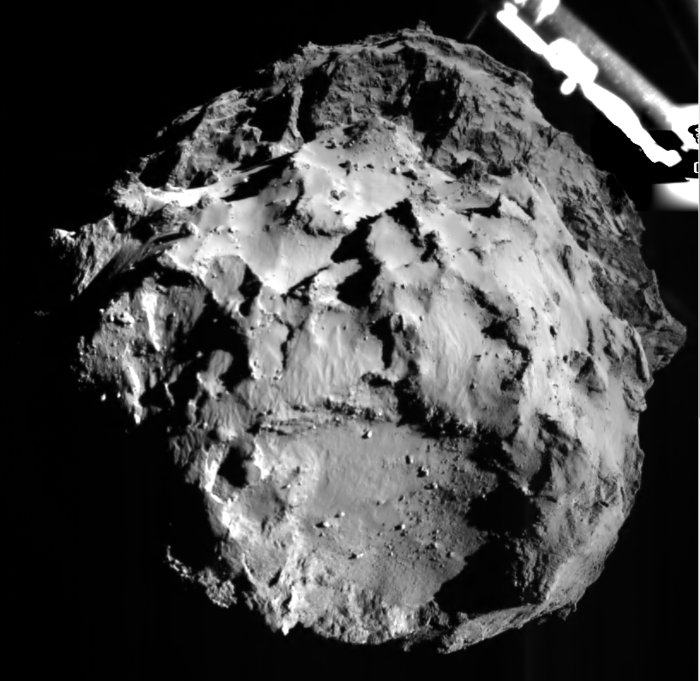 The European Space Agency (ESA) Rosetta mission (previously) has successfully landed the Philae spacecraft on the surface of comet 67P/Churyumov–Gerasimenko on November 12, 2014. The landing was a success despite a problem with the lander’s harpoons meant to hold the craft to the surface of the comet. That problem, as well as the exact location of the landing and Philae’s primary science mission examining the comet, will be analyzed in the coming days.

ESA has released a stunning image of the comet taken by Philae during its descent to the comet’s surface, and more images taken by the lander will be relayed to the ESA and released soon.

Philae is the first human-made craft to successfully make a soft landing on the surface of a comet.