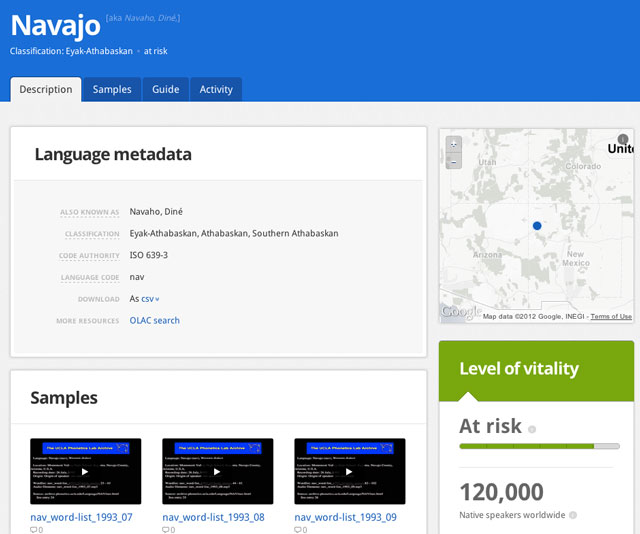 The Endangered Languages Project is a new initiative by Google and the Alliance for Linguistic Diversity to use online tools to help save languages that are in danger of extinction (intro video). The project will harness Google services like YouTube, Picasa and Groups to document, preserve, and teach endangered languages. According to the project, about half of humanity’s 7,000 languages are in danger of disappearing by 2100. For more on the project, see this launch announcement on the Official Google Blog.

Humanity today is facing a massive extinction: languages are disappearing at an unprecedented pace. And when that happens, a unique vision of the world is lost. With every language that dies we lose an enormous cultural heritage; the understanding of how humans relate to the world around us; scientific, medical and botanical knowledge; and most importantly, we lose the expression of communities’ humor, love and life. In short, we lose the testimony of centuries of life.