A&E has released a new teaser trailer for Damien, an upcoming television series based on the classic 1976 horror film The Omen. The creepy new trailer gives us a glimpse at just how close the “End of Days” are to becoming a reality. Damien, from executive producer Glen Mazzara, is currently set to premiere on A&E March 7th, 2016.

Damien is a follow-up to the classic horror film, The Omen. The show follows the adult life of Damien Thorn, the mysterious child from the 1976 motion picture, who has grown up seemingly unaware of the satanic forces around him. Haunted by his past, Damien must now come to terms with his true destiny – that he is the Antichrist. 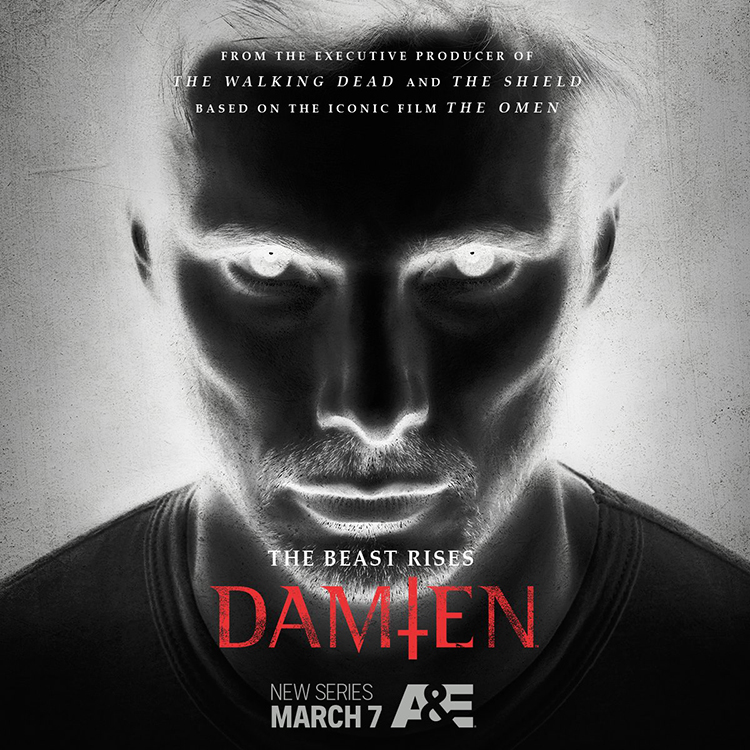