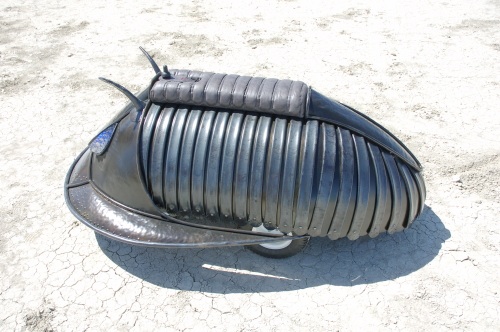 The Electrobite Olenoides is a wonderful metal trilobite vehicle that you can ride around on, build from an electric wheelchair . It was created for Burning Man 2009 by our friends Jon Sarriugarte and Kyrsten Mate of Form & Reform, the same guys who made the SS Alpha Fox and Golden Mean Snail Car.

The Electrobite is featured on latest episode of Boing Boing Video, which was shot in September during Dorkbot SF #47 at TCHO in San Francisco.