Like the PrimoGraf and Cycloid, the DuoGraph creates beautiful patterns similar to a Spirograph, but with much more control, a strong foundation in the math responsible for the patterns, and gorgeous wood construction.

Freedman has already successfully funded a limited run of 100 DuoGraph machines through a Kickstarter campaign.

This is my fourth and final drawing machine. My Cycloid Drawing Machine was the best drawing machine that I’m capable of making. I thought it would be the last drawing machine I would ever make, but some people asked about getting one of my very first drawing machines. I called it the PrimoGraf, not because it was my first but rather because it drew Lissajous curves based on the relationship of prime numbers. (Lissajous curves are usually produced on harmonographs.) It was a beautiful little toy that came in a wooden box and had only 7 gears. It was limited but fun. The PrimoGraf was a nice project and many people enjoyed playing with the machine. 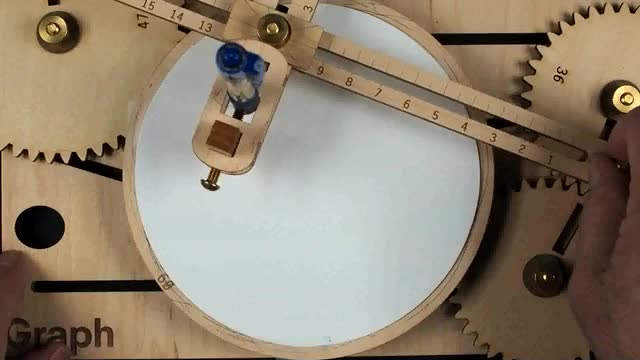 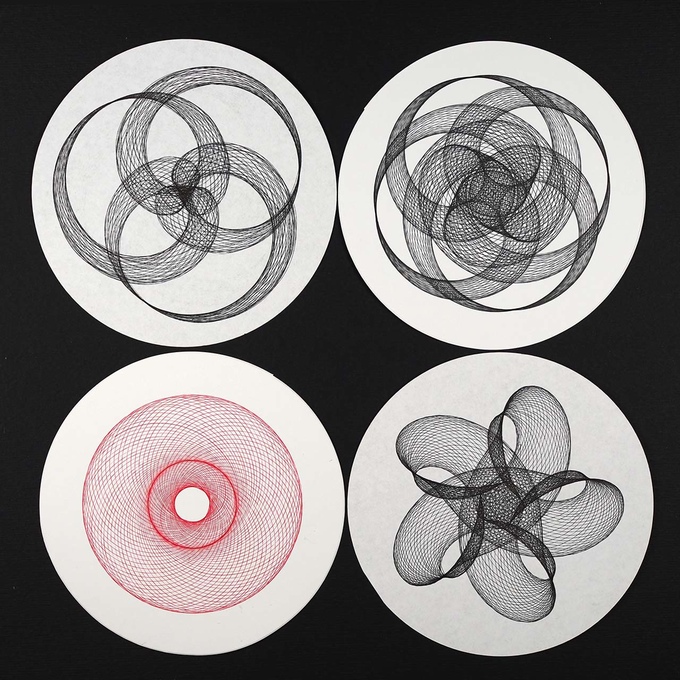 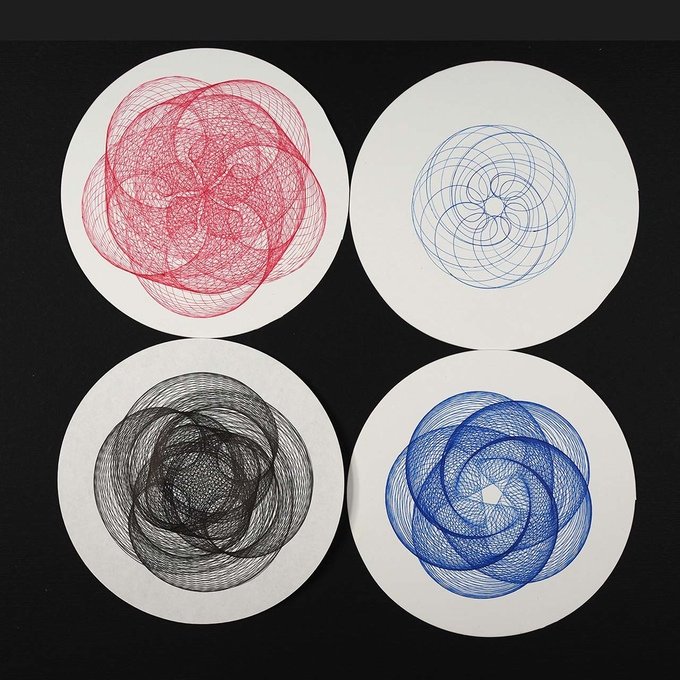 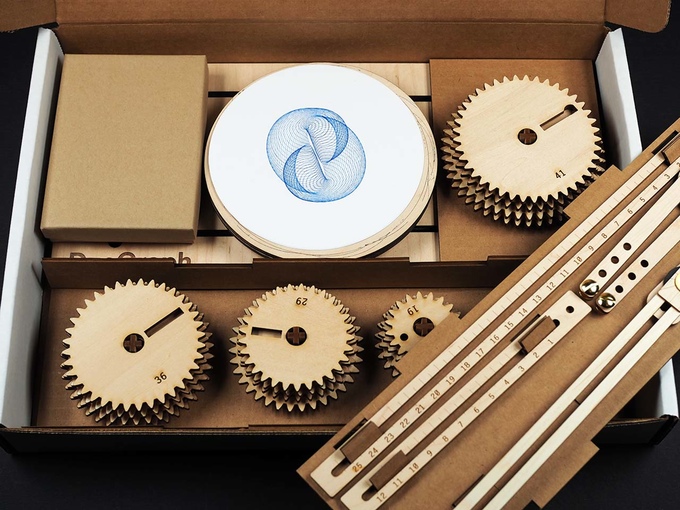