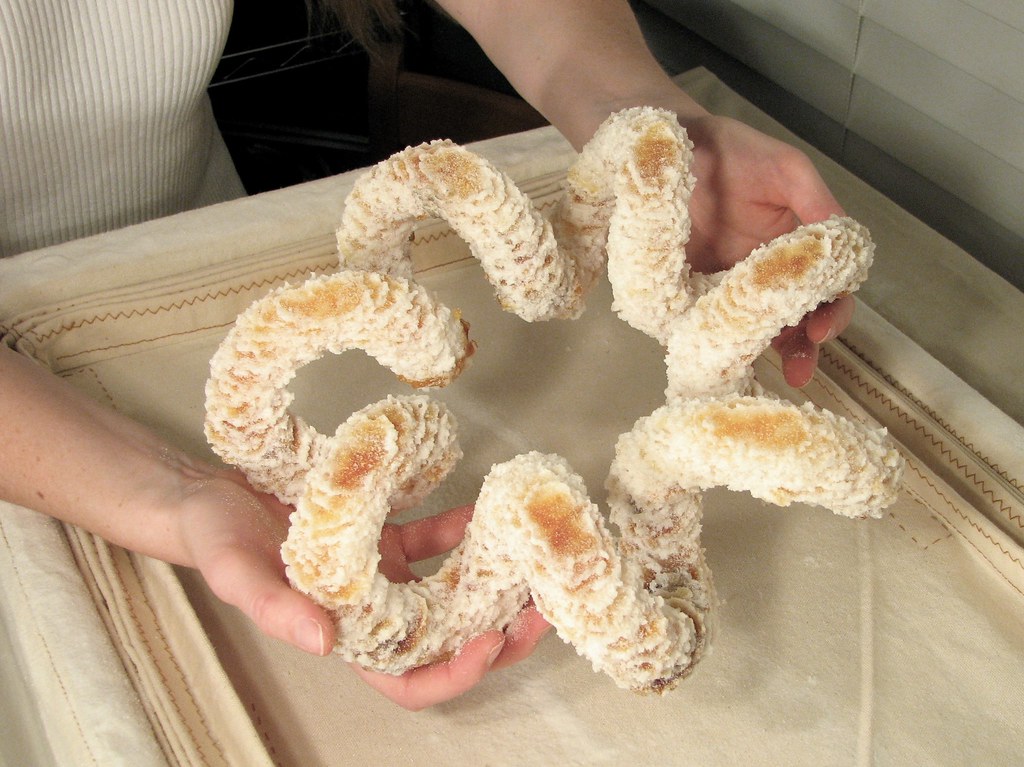 Our friends over at Evil Mad Scientist Laboratories recently launched The CandyFab Project, an online resource for their open source 3D sugar fabrication process, which they were showing off at Maker Faire 2007. Check out the photos of some of the “sweet” stuff they have made so far.

The printing process begins with a bed of a granular printing media that has a fairly low melting point. Using a narrow, directed, low-velocity beam of hot air, we selectively fuse together the print media, forming a two-dimensional image out of the fused grains. We then lower the bed by a small amount, add a thin flat layer of media to the top of the bed, and selectively fuse the media in the new layer, forming a two dimensional image that is also fused to any overlapping fused areas in the layer below. By repeating this process, a three-dimensional object is slowly built up. At the end of the build, the bed is raised to its original position, disinterring the fabricated model, while unused media is reclaimed for use in building the next object.

They are looking for volunteers to help out with the project, if you know of anyone.