Terminally Illin’ is a graphic novel, co-created by cancer survivor Kaylin Andres and Jon Solo that tells the story of a young woman in her 20’s who is diagnosed with cancer. While in treatment she takes a journey inside her own body and learns more about the disease affecting her and how her body fights against it.

It’s inspiring to see the medium being used for something more noble: a story about an all too real enemy to humanity, authors who are passionately dedicated to their project, and a plan to directly share any benefits with the people who need it the most. 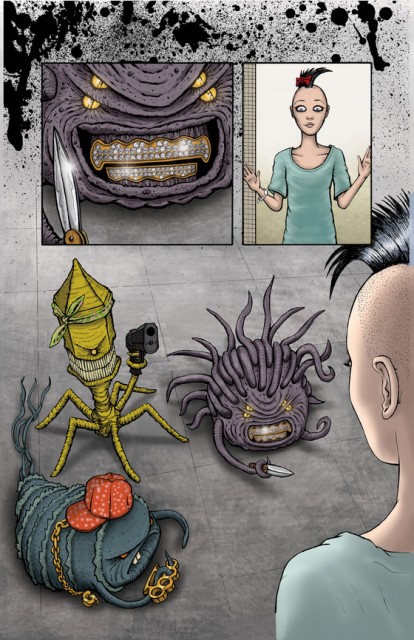 Last year Kaylin and Jon successfully raised money on Kickstarter for a 26-page black & white preview of this story. That book was published by legendary San Francisco independent publisher Last Gasp. The current Kickstarter project (which will end on May 21) will realize their complete vision of a full-color Terminally Illin’ book that is well over 100 pages.

We have 80 pages already drawn and colored, so we’re about half way finished with the book. It’s very time consuming and without funding, this project might take years to complete. We’d like to finish it this year.

The donation benefits not only reward those who give money, they also send cool anti-cancer stuff to patients in cancer centers around the country. The oncologically proactive schwag include a “Chemo Cocktails” screen print, immune system cell pillows, and a bandana based on the Egyptian papyrus that is the earliest description and treatment of cancer from 1600 BC. Yes, cancer education just got both geeky and cool.

Inspired by the support of Kaylin’s cat Iceman through her own ordeal, there’s also a spotlight on the pets of cancer patients in the story. They form their own superhero team “Pet Justice”: 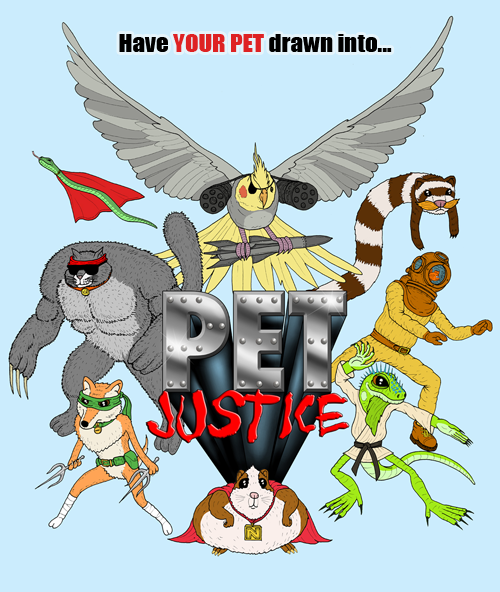 You can tell from the video that Kaylin and Jon bring a great attitude and sense of humor to this project. And that they are dedicated to creating something helpful and inspiring for those who are fighting against this disease. As Kaylin said in their first Kickstarter video:

I want to create something that speaks to other young adults on their level, having been there myself. For support, useful information, a distraction, artistic expression, and most important of all laughter which is the best medicine.

Hopefully this comic can be some help especially to the 70,000+ young adults who are diagnosed with cancer in the US each year. The American Cancer Society’s Cancer.org is a great source for more information on the disease. The original Terminally Illin’ preview comic Kickstarter video is below.

Thanks to Colin from Last Gasp for letting us know about this project!