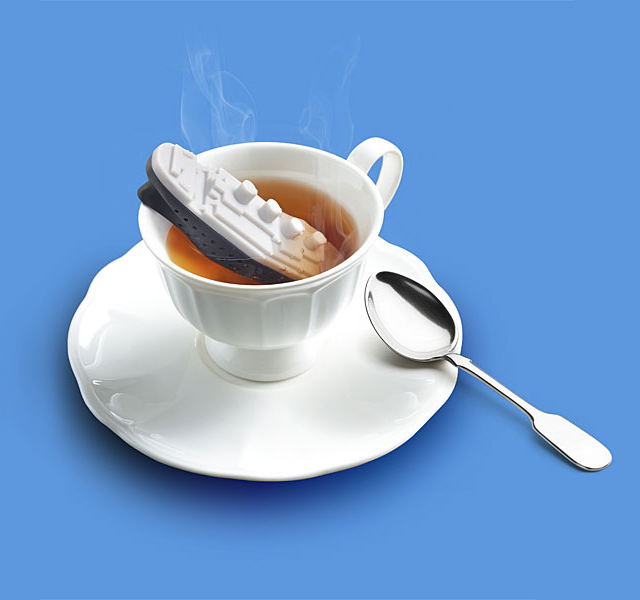 ThinkGeek has released the Teatanic Unsinkable Tea Infuser as a “silicone tribute to the Titanic.” It is made to look as if a tiny Titanic-like ship were sinking in your tea cup. It’s available to purchase online. We have previously written about a similar product designed by Gordon Adler named the TEA.Tanic. 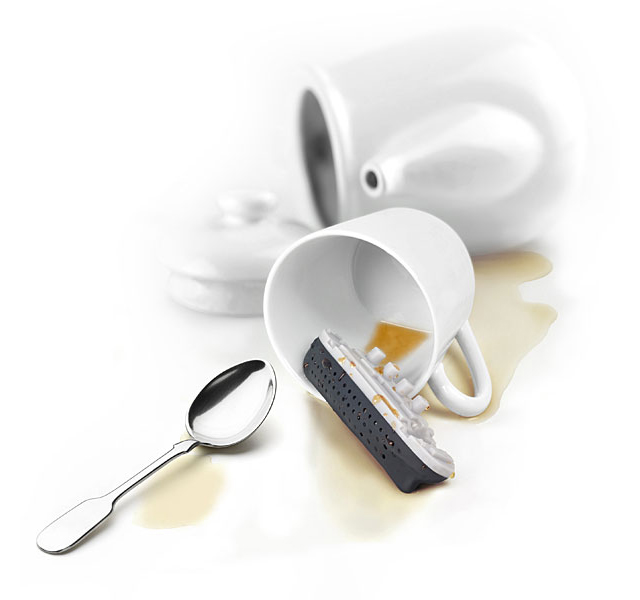 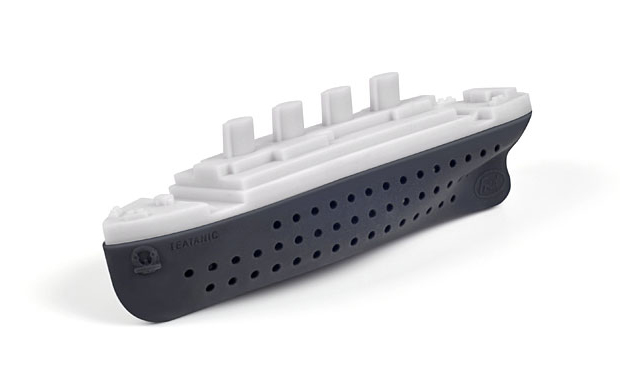 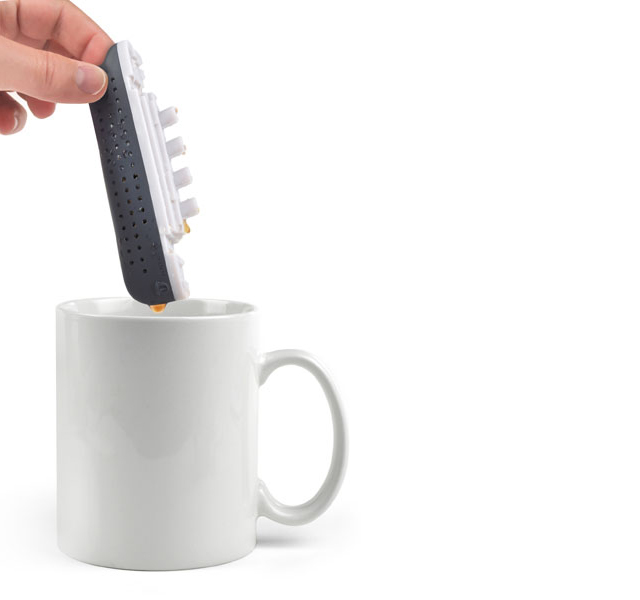