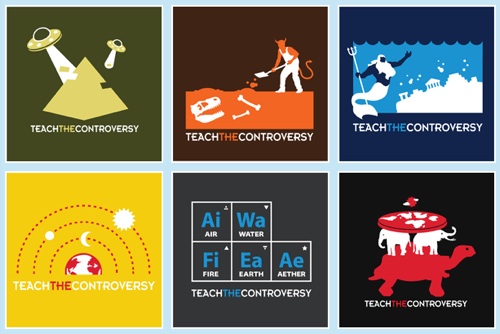 Amorphia Apparel has a wonderful new line of Teach The Controversy t-shirts. They have a really cool series of Science! t-shirts, along with some other great designs.

‘Big Science’ is always suppressing The Truth with their blatant pro-evolution anti-wacko agenda: from the fact that UFOs built the pyramids to the reality of creationism and fact the universe is “Turtles All The Way Down”. It is time to fight back and urge schools to Teach The Controversy with these intelligently designed t-shirts.