“Tape Paris” is an art installation by design collective Numen/For Use made entirely of tape, strung from pillars and walls in connected, irregular tubes, and large enough for people to fit inside. Visitors can slide, climb, and explore inside the exhibit—after removing their shoes, of course. Its stretched, organic lines are reminiscent of neurons or Tolkienesque spider webs.

The curatorial concept delves into the murky territory of both physical and psychological interiority, thematising immersion, introspection and probing of the depths of self. The main idea was to transform the whole building into a convulsive mind/body organism whose slippery inner limits a motivated explorer has yet to trace and confront. The stretched biomorphic skin of Tape Paris is marking the entry point to the whole experience, being a literal incarnation of an inner-directed, regressive environment – the sense of descent into the primordial always lingering around its openings.

The piece took 10 days’ work by a dozen people and is suspended at a height up to 18 meters above the floor. It is part of the group exhibition called “Inside” currently running at the Parisian Palais de Tokyo until January 2015. 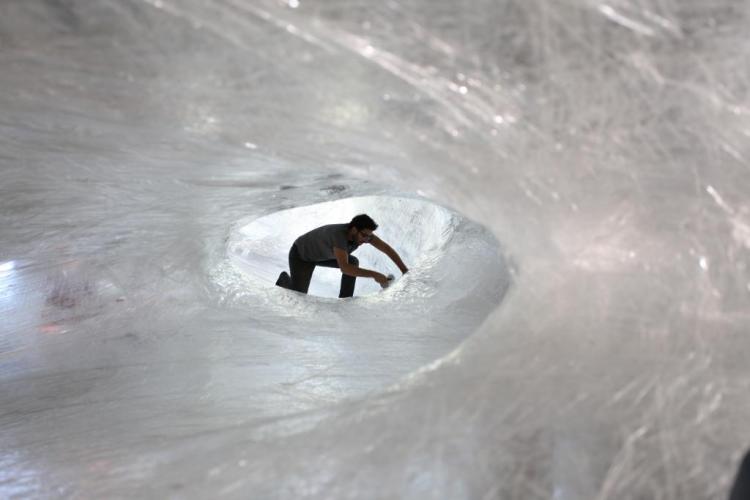 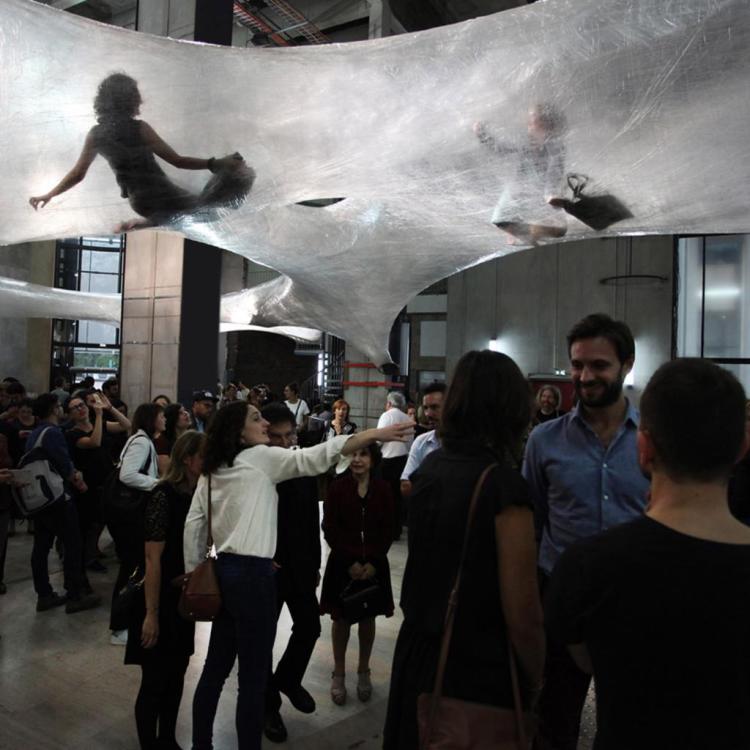 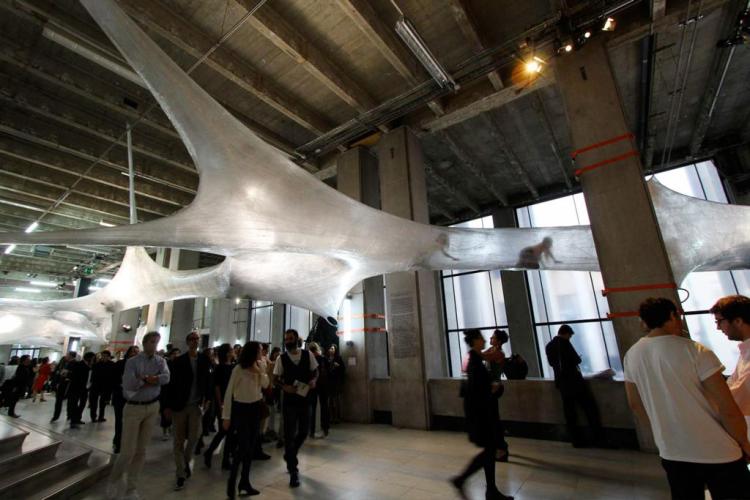