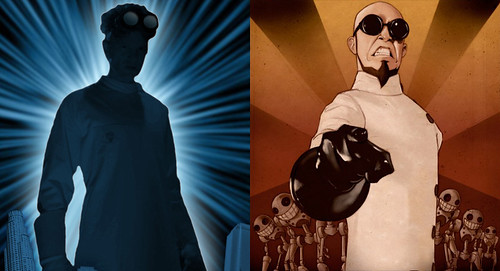 Dr. Phineas Waldolf Steel, a musical mad scientist with a secret laboratory in Los Angeles, California, is asserting a prior claim on the title of “future World Emperor.” An artist, philosopher and composer, Dr. Steel has been performing in labcoat and goggles since 1999 as part of his lifelong goal of “manifesting as much creativity in the world [and] utilizing his multi-talented mind to build a Utopian Playland.” 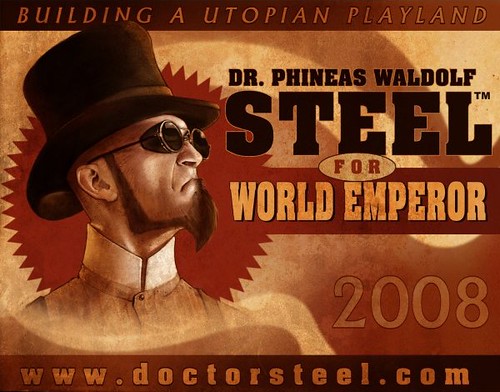 On his fan club site, Toy Soldiers Unite, Dr. Steel has issued a directive to his followers instructing them to post Dr. Steel propaganda – a term he proudly embraces – wherever Dr. Horrible is mentioned, and to point out that their Doctor is the one true original. However, upon closer examination, the two doctors are actually quite distinct from one another, despite their outward similarities. 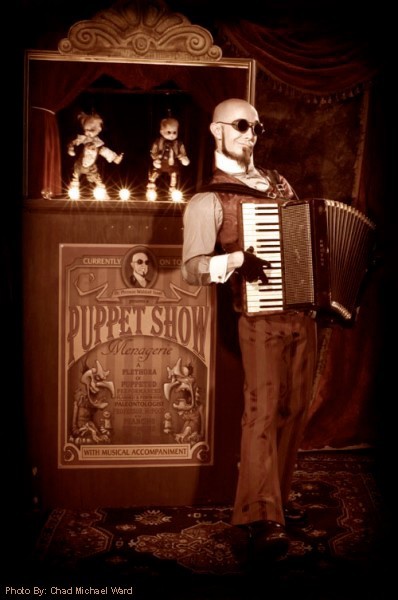 For example, while both aspire to usher in a New World Order of their own devising, Dr. Horrible seems to have taken a more traditional route to super-villainy, performing a variety of criminal acts in the hopes of securing a place in an elite crime syndicate. (In this case, the Evil League of Evil.) In contrast, Dr. Steel’s goal is the creation of a “Utopian Playland” in which the people of the Earth are required to do nothing but that which makes them happy. To achieve these ends, Dr. Steel uses musical performance, puppets, and a line of modified toys. Whereas, to achieve his ends, Dr. Horrible uses his Wonderflonium-powered Freeze Ray. 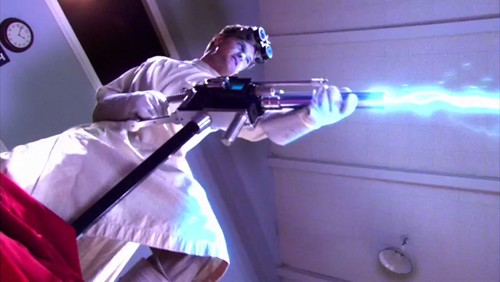 Despite his claim that the “status is NOT quo,” Dr. Horrible’s musical tastes are also fairly traditional, featuring songs that would hardly seem out-of-place in any of the currently popular contemporary Broadway musicals. Dr. Steel, on the other hand, has chosen to spread his message via a more dance-oriented style: funky, industrial, and heavily sample-laden. Consequently, Dr. Steel’s music would make a better soundtrack for leading an army of giant robots into battle, while Dr. Horrible’s songs are more instantly memorable, and easier to sing along to.

Dr. Steel is also a supporter of organized labor (Member, Mad Scientists Union Local 42) while Dr. Horrible, insofar as can be determined from his actions thus far, appears to be a Libertarian.

Given these differences, and in the hopes of averting a potentially dangerous feud between these two misunderstood visionaries, Laughing Squid would like to humbly suggest that – at least for the time being – the world is big enough for two spuriously-degreed, mentally-unhinged masters of scientific mayhem.