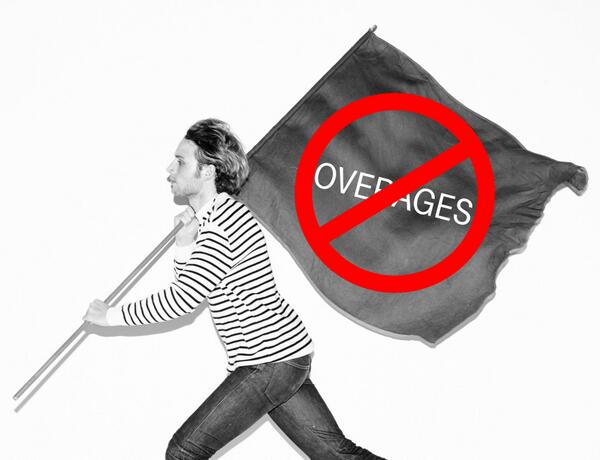 Wireless carrier T-Mobile has announced that they’re eliminating overage charges on their consumer plans in the United States. As of May 1st, none of their plans will include domestic talk, text, or data overage charges. T-Mobile’s President and CEO John Legere has also issued a challenge to the other major American carriers to step forward and end their own overage charges. Legere has even started an online petition to this effect.

Traditional carriers’ entry-level plans lure customers in with a low monthly fee for a fixed amount of domestic minutes, texts or data. Once consumers go over those limits – even by a little – they’re hit with much higher rates, often dramatically higher. These plans are purpose-built to drive customers over that invisible line into massive overage charges. The result has been a culture of fear, worry and surprise every time the wireless bill arrives. For example, an individual on AT&Ts entry-level plan, advertised at $45 per month, will pay $125 if he uses just the average amount of data for a U.S. smartphone user (1.5 GB per person).

We're not just eliminating overages for OUR customers, we're trying to eliminate overages for the industry! Tell them to #AbolishOverages!

We are ending overages for our customers, but it's not enough! Let's #AbolishOverages for all! http://t.co/vCcLhy42ur pic.twitter.com/DiIkB7GaP2