Here’s a sneak preview of “Survival of the Dead”, the latest film by George Romero which debuts at the Toronto International Film Festival in September, 2009.

In a world where the dead rise to menace the living, rogue soldier Crocket (Alan Van Sprang) leads a band of military dropouts to refuge from the endless chaos. As they search for a place ” where the shit won ’ t get you, ” they meet banished patriarch Patrick O ’ Flynn (played with zeal by Kenneth Welsh), who promises a new Eden on the fishing and ranching outpost Plum Island. The men arrive, only to find themselves caught in an age-old battle between O ’ Flynn ’ s family and rival clan the Muldoons. It turns out that Patrick was expelled from the isle for believing that the only good zombie is a dead zombie, while the Muldoons think it ’ s wrong to dispatch afflicted loved ones, attempting to look after their undead kinfolk until a cure is found. But their bid for stability on the homestead has turned perverse: the undead are chained inside their homes, pretending to live normal lives – and the consequences are bloody. A desperate struggle for survival will determine whether the living and the dead can coexist. 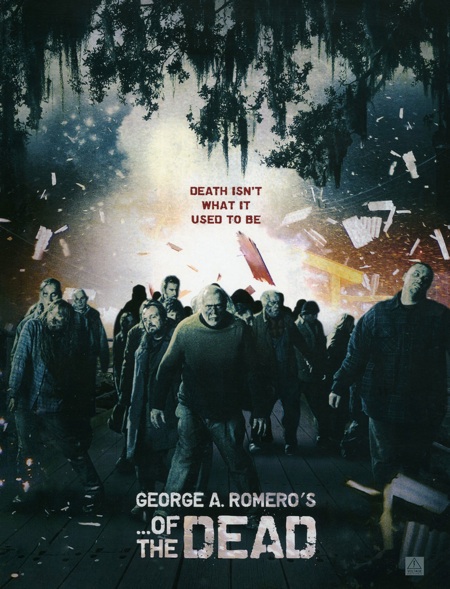