In a luminescent episode of the SciFri series The Macroscope, filmmaker Christian Baker visited with Don Hampton who works at the University of Alaska Fairbanks as an aurora researcher. It is his job to study the Northern Lights to learn all he can about the effect it has upon satellites and the electrical infrastructure, among other issues.

Hampton captures thousands of images a night using a myriad of imaging tools that help him to quantify the energy pouring down into the earth’s ionosphere from particles in the solar wind. By examining the aurora’s varying colors as well as radar imaging of aurora’s effects, Hampton ultimately hopes to help identify the risks posed by high energy solar particles to satellites and our electrical infrastructure. 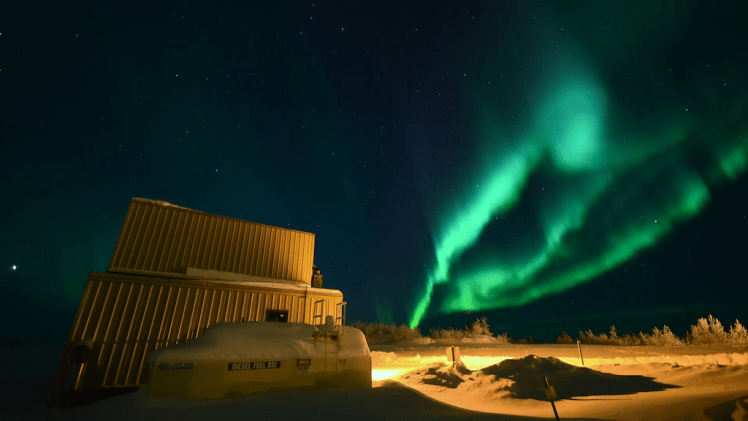 While it’s his job, Hampton still takes the time to enjoy the astonishing view.

I worry that I know enough about aurora that I sort of lose the magic of it, but when you know the scope of what you’re looking at it’s quite interesting…It never gets boring watching the aurora. It’s just a pure joy to watch.