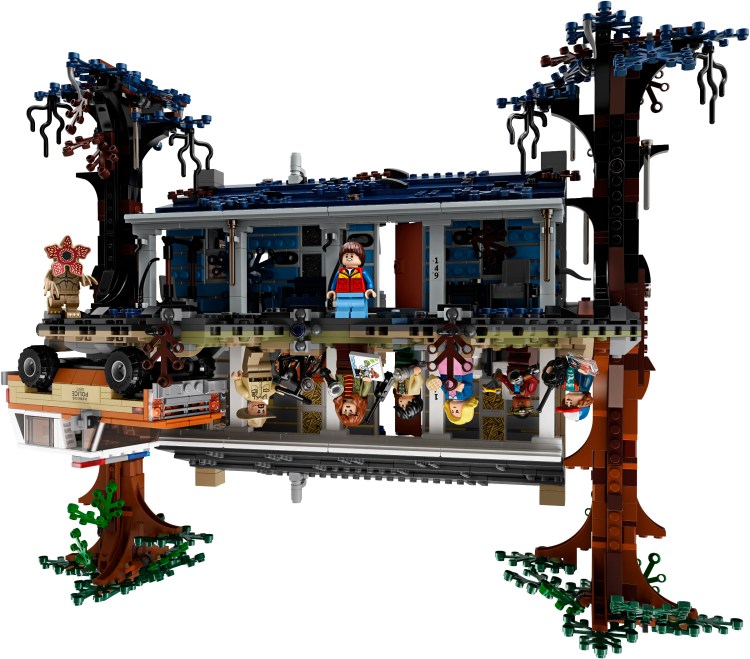 LEGO has introduced an incredible model set that features minifigure characters from the runaway Netflix series Stranger Things, including a spot-on replica of the Byers’ family home in Hawkins, Indiana that can be flipped over to a fully realized version of “The Upside Down”, complete with its most famous resident – The Demogorgon. The Stranger Things LEGO set will be available on June 1, 2019.

The Byers’ house features Will’s bedroom, the living room, and the dining room. The Upside Down version of the house, from an alternate dimension, features all the rooms from the real-world model but with a dark, vine-covered, dilapidated look that fans will instantly recognize from the series. …This LEGO® Stranger Things toy includes 8 instantly recognizable Stranger Things minifigures from the hit Netflix original series: Eleven, Mike Wheeler, Lucas Sinclair, Dustin Henderson, Will Byers, Joyce Byers, Chief Jim Hopper, and the Demogorgon. 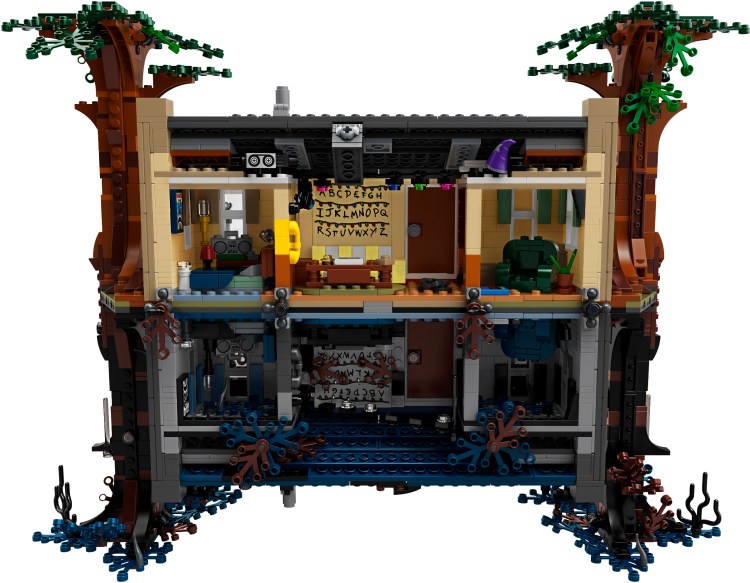 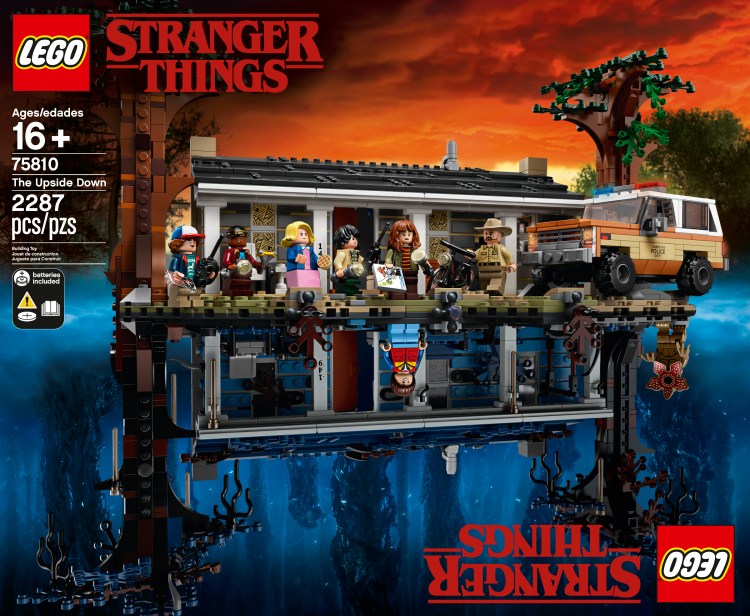 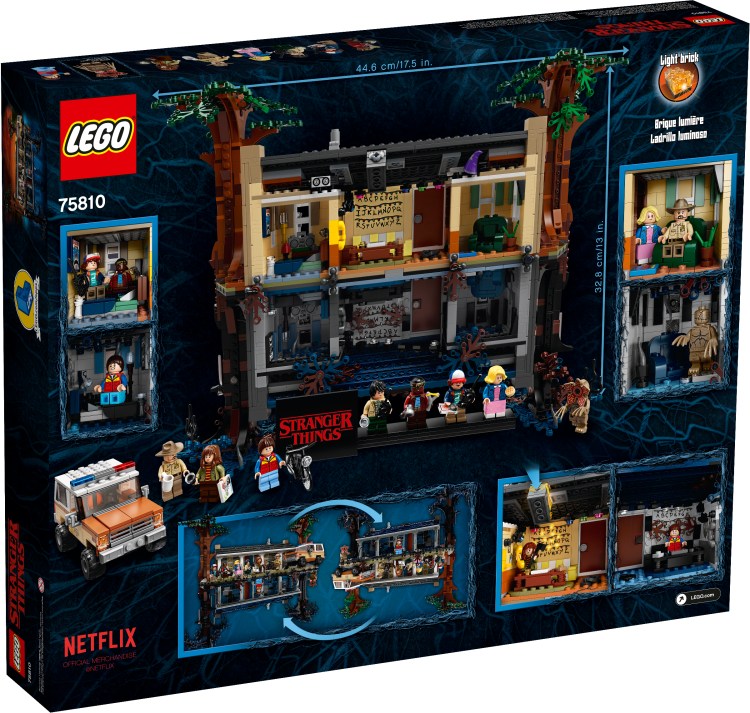 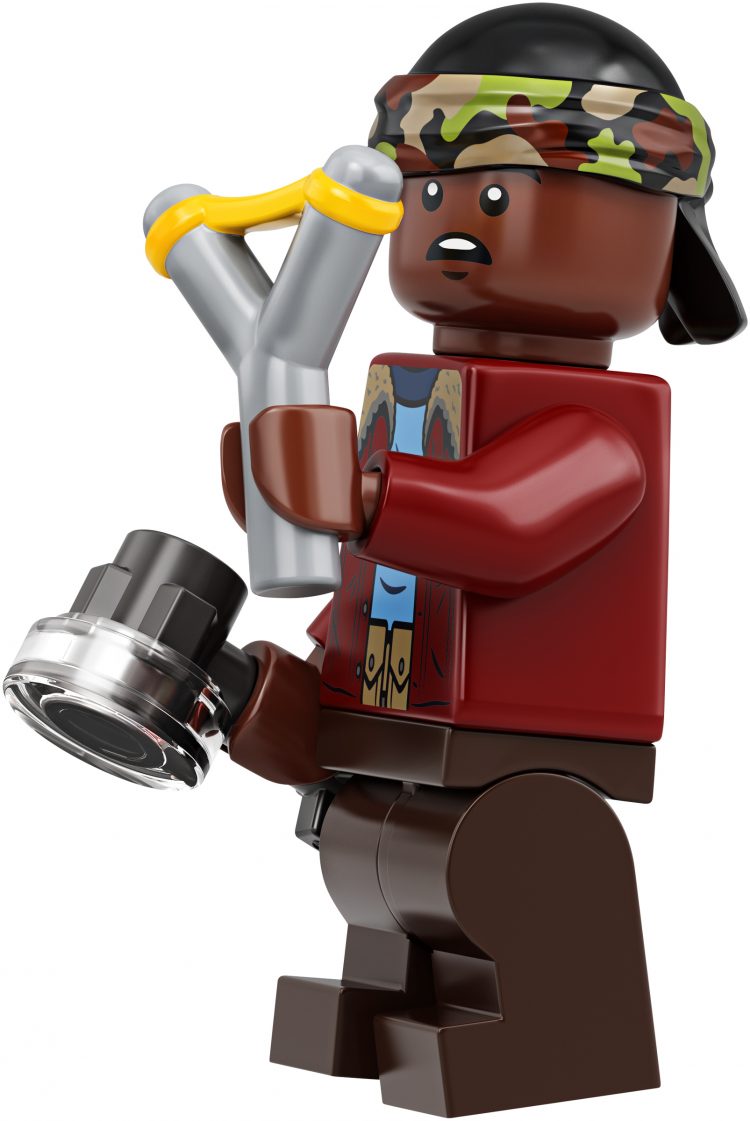 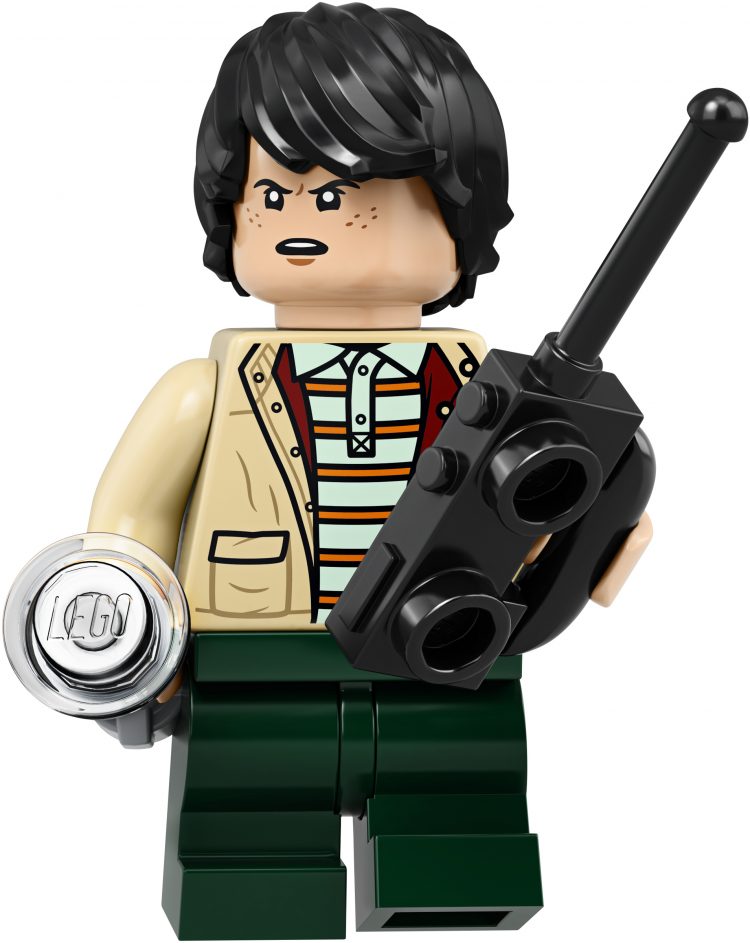 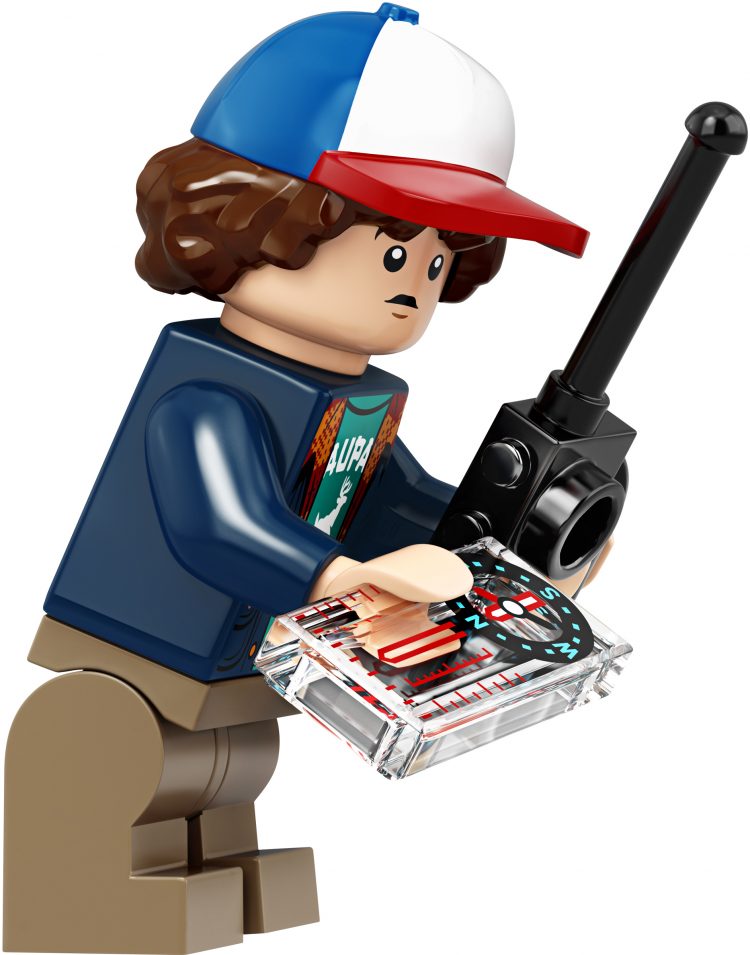 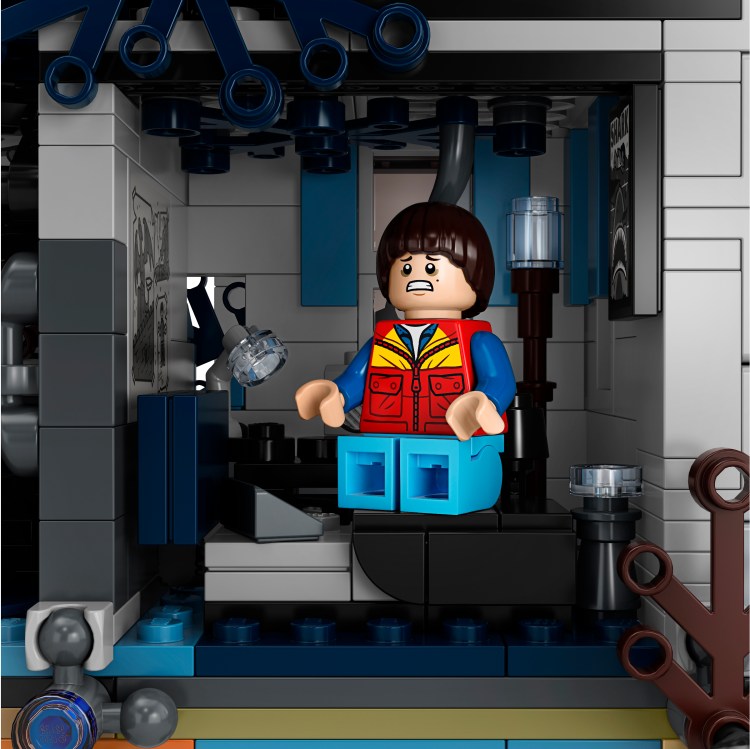 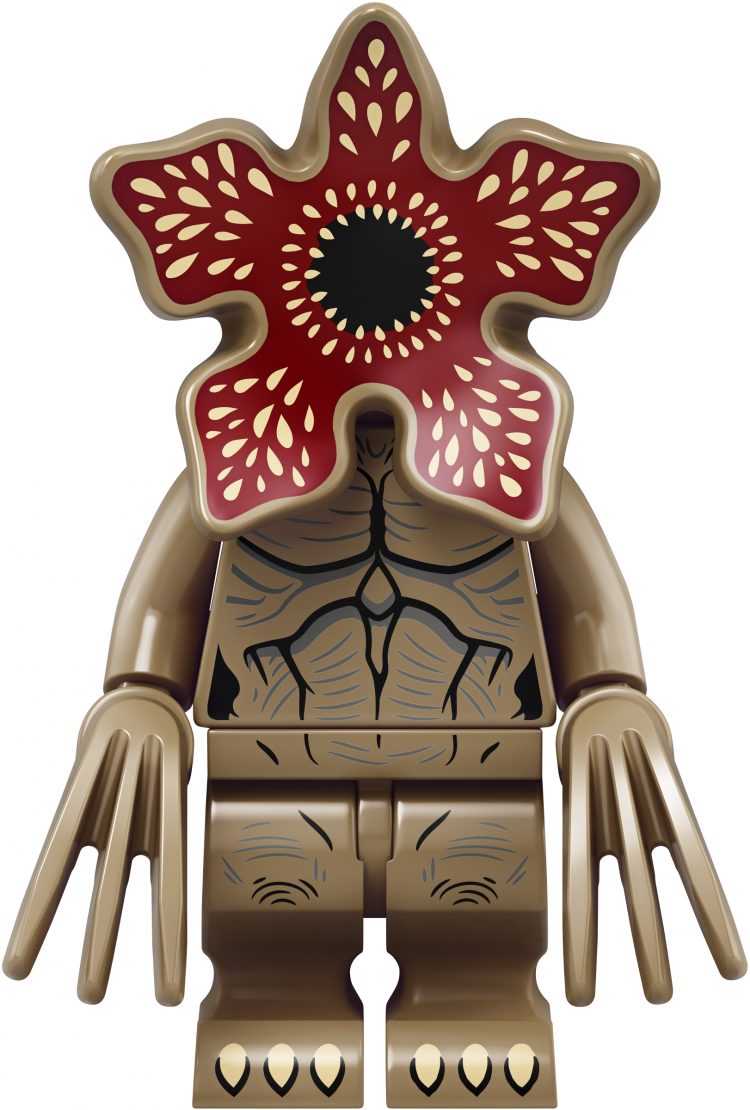 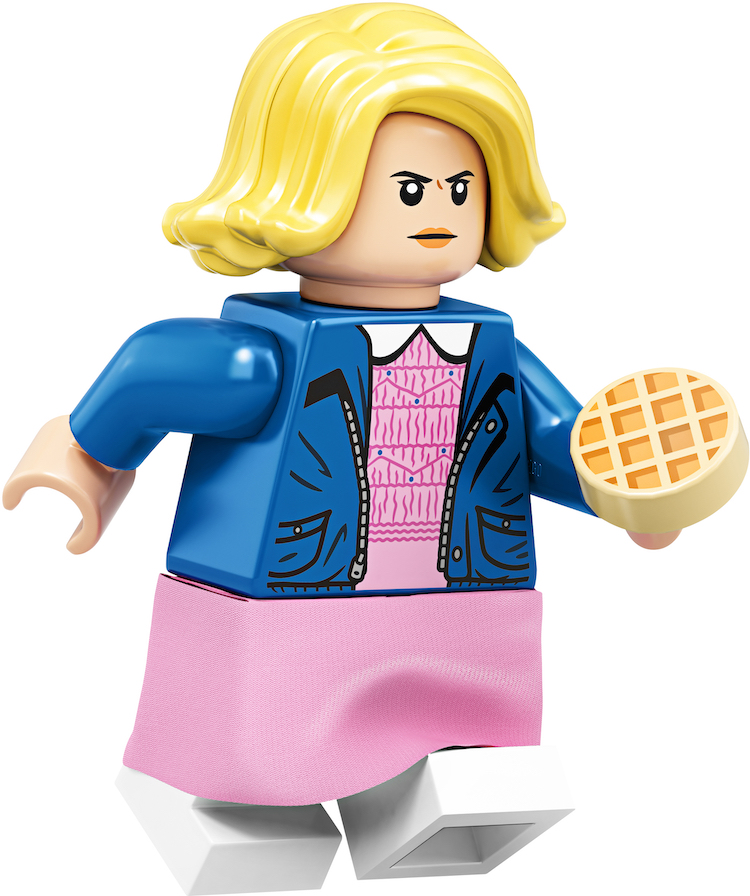 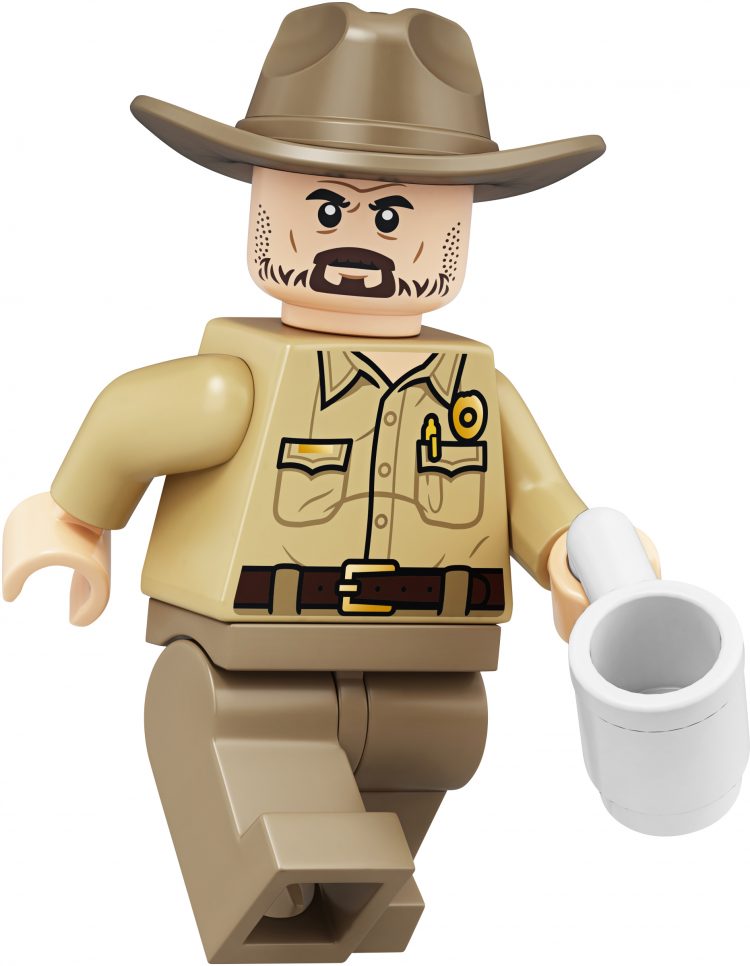 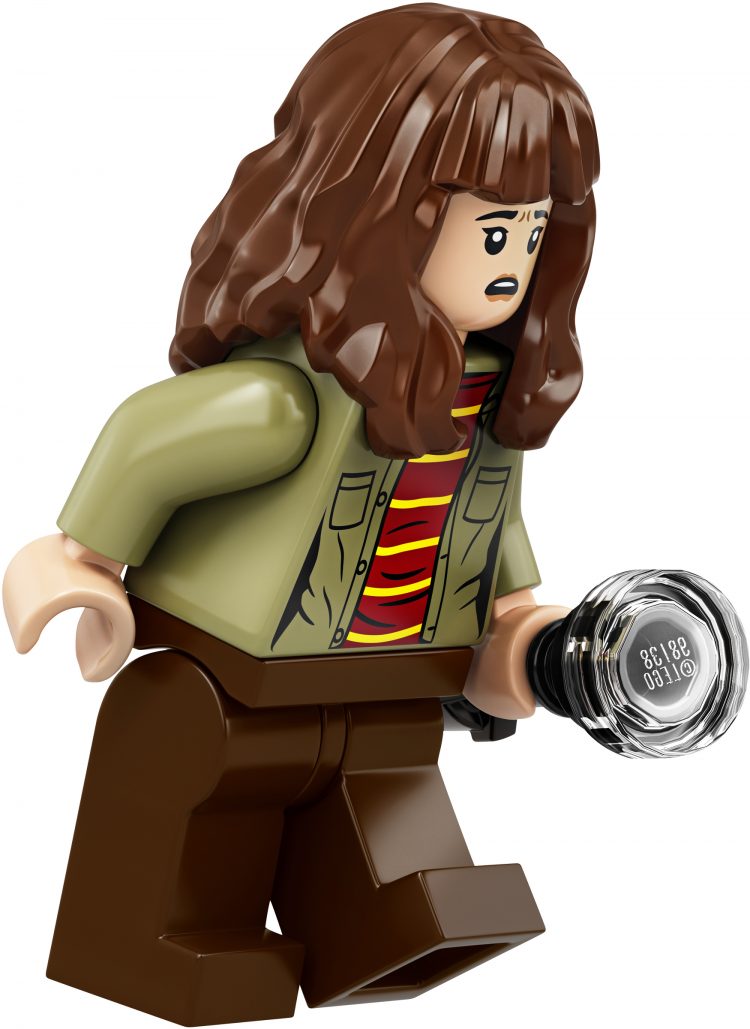 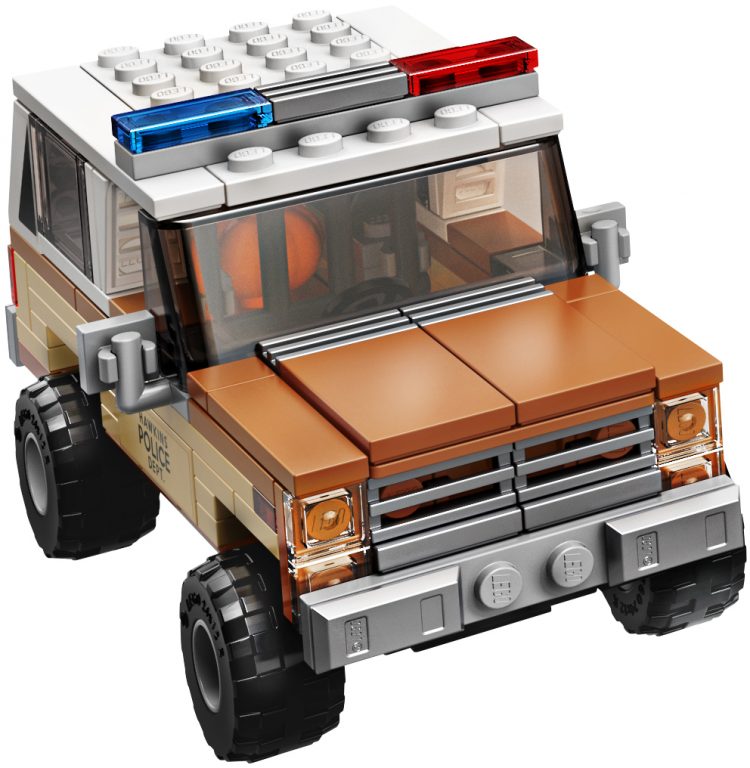