“Strandbeests” (“beach beasts”) by Dutch artist Theo Jansen are beautiful vaguely skeletal kinetic sculptures that harness wind power to move autonomously. The sculptures are remarkably sophisticated, some featuring “stomachs” that store pressurized air for use during windless conditions. Jansen has been building the sculptures out of PVC piping for more than 20 years. The BBC captured some of Jansen’s Strandbeests in action–the magic starts at the 30 second mark.

Since 1990 Theo Jansen has been occupied with the making of a new nature. Not pollen or seeds but plastic yellow tubes are used as the basic material of this new nature. He makes skeletons that are able to walk on the wind. Eventually, he wants to put these animals out in herds on the beaches, so they will live their own lives.

We previously wrote about miniature Shapeways 3D printed Strandbeests that are for sale on Jansen’s website. 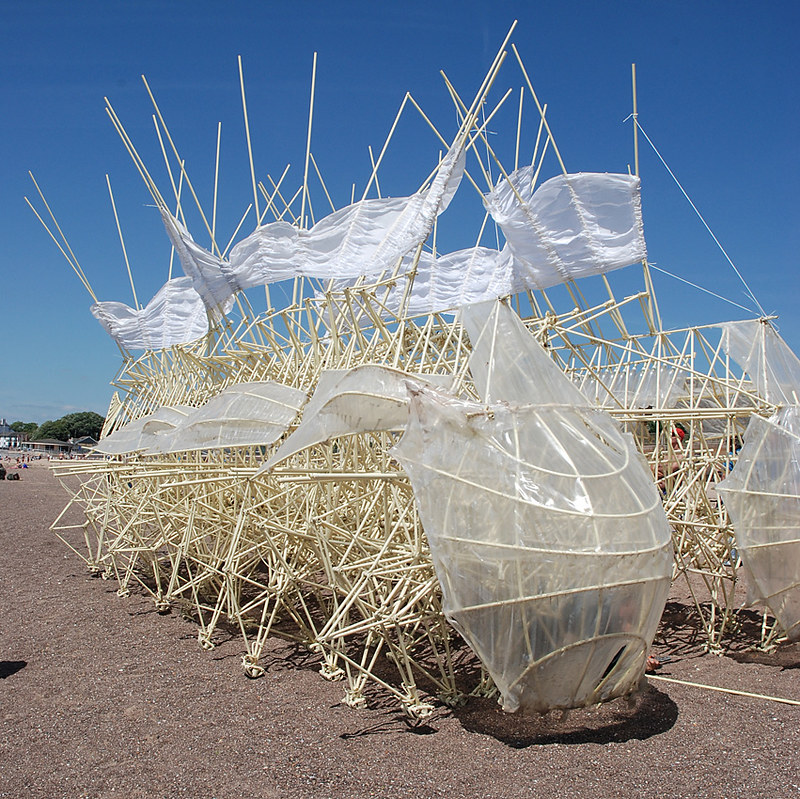