Steve Nighteagle is currently in the process of renovating his home to create his own Star Trek themed living space. Thus far Nighteagle has finished his Federation Room, and said in an interview with Jesse DeStasio that has plans to continue redesigning the other four rooms in his house. Previously, we wrote about 24th century interior designer Tony Alleyne who created an apartment designed after the Star Trek: The Next Generation Transporter Control Console. 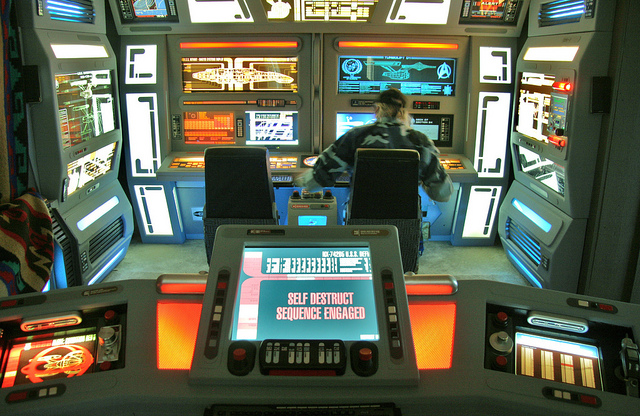