lamlei of Team Captain Noodles quite amazingly stacked 518 Jenga blocks onto a sculpture that he perched upon a single vertical block. He broke the record set by Kelvin the Menga Man who had earlier stacked 517 pieces. Both men, however, broke Tai Star Valianti’s Guinness World Record of 485 pieces.

Was tidying up the office after kelvin left, and..em..518 blocks on 1. 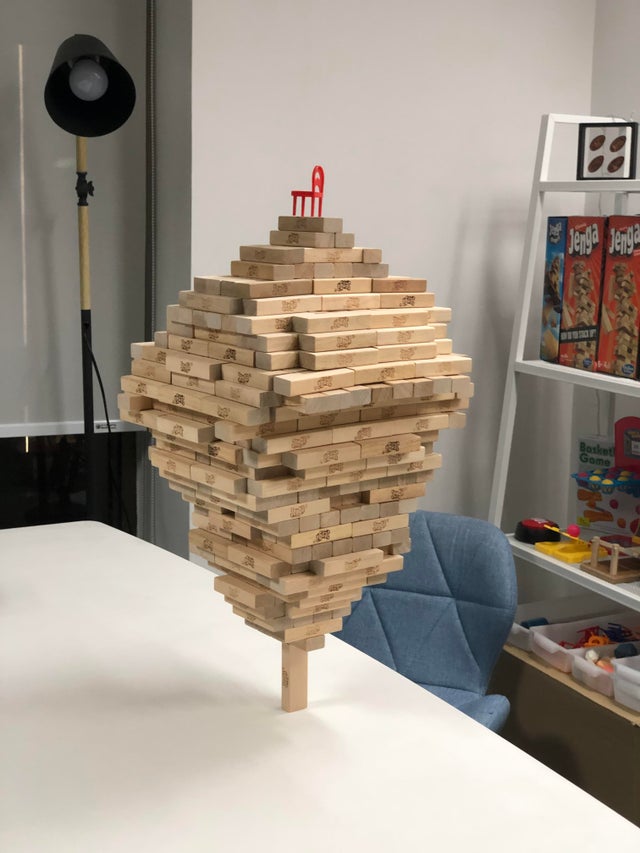