“Take every penny from the hands of the many, And give everything to the few.”

A recent video by Cassetteboy remixes speeches by British politicians David Cameron, Ed Miliband, and Nick Clegg running in the upcoming election for Prime Minister into a rap about income inequality in the country. The song, titled “The Emperor’s New Clothes,” is meant to promote the upcoming documentary of the same name.

The Emperor’s New Clothes is a documentary by comedian and activist Russell Brand and director Michael Winterbottom. It focuses on the issue of income inequality in the United Kingdom. It is scheduled to be released in theaters in the United Kingdom on April 21, 2015. Special screenings held that day will also feature a Q&A with the filmmakers. 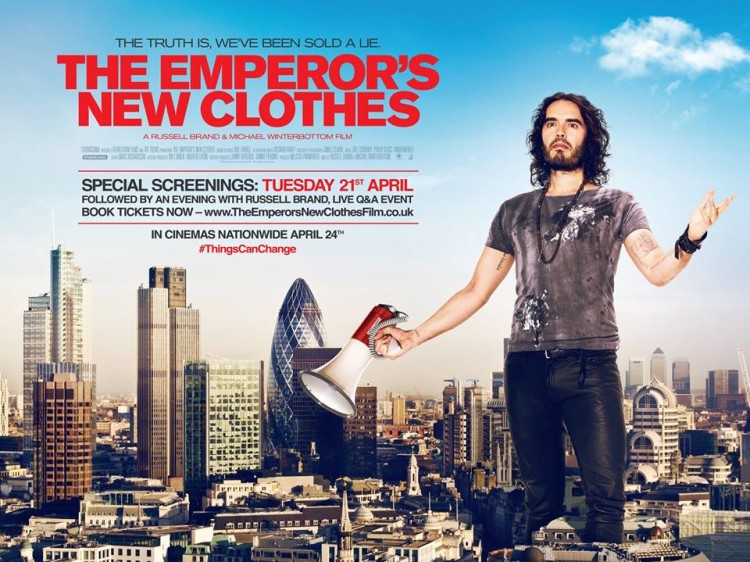 image via The Emperor’s New Clothes