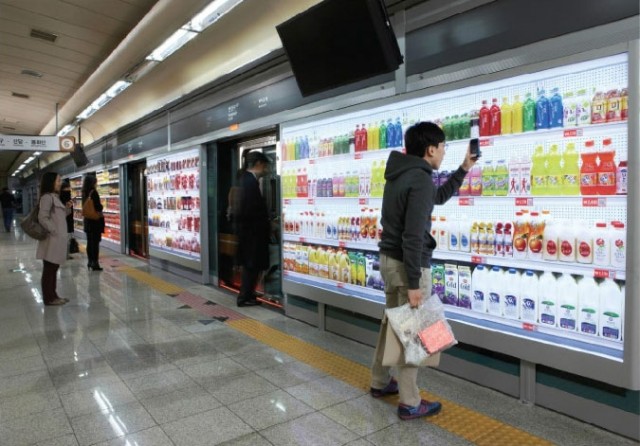 To expand their online sales, South Korean supermarket chain Home Plus launched an ingenious ad campaign of virtual stores installed on subway platforms (video). The campaign consisted of 2D displays laid out like actual store shelves. Commuters browsed the virtual shelves and ordered products with their smartphones by capturing the QR codes next to each item. The products were then delivered to the customers’ homes after the evening commute.