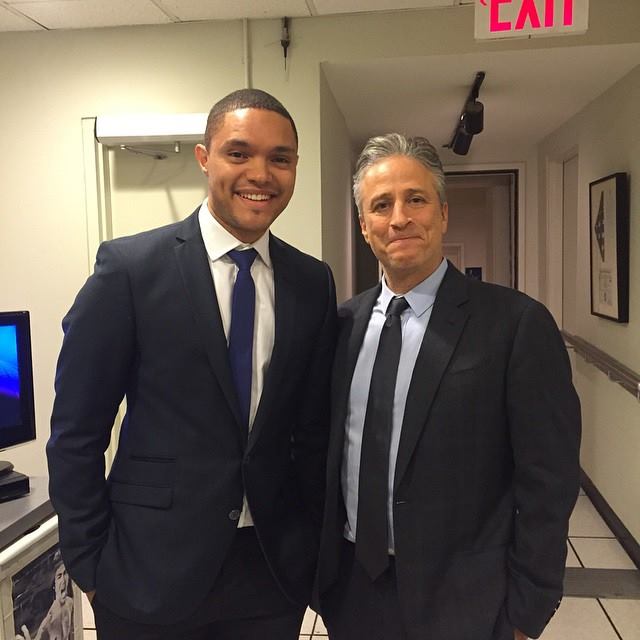 South African comedian Trevor Noah will replace Jon Stewart as the next host of The Daily Show. Noah joined The Daily Show as a contributor in 2014, and the announcement ends a period of speculation about who would succeed Stewart after the host announced his imminent departure from the show on the February 10, 2015 episode.

Noah already has a fair amount of hosting experience in South Africa, having hosted his own late night talk show Tonight with Trevor Noah there in 2010.

Very excited to welcome our next host: @Trevornoah! That’s right – another guy in late night from Soweto. http://t.co/zlNhBmjg6I

No-one can replace Jon Stewart. But together with the amazing team at The Daily Show, we will continue to make this the best damn news show! — Trevor Noah (@Trevornoah) March 30, 2015