In this video by bd594, an old HP Scanjet 3C serves as the vocals and obsolete electronics act as the band to cover Gotye’s hit song, “Somebody That I Used to Know.” We previously posted about bd594’s fantastic renditions of “Bohemian Rhapsody” and “The House of the Rising Sun.”

HP Scanjet 3C as the vocals. It lags a bit due to the fast paced vocals. In order for the stepper motor to play a note it has to be moving and with that large carriage it takes a few milli seconds before it can play a note. It doesn’t sound like a lot of time but stretch that over a 4 minute song and voila…out of sync. Programming does help to compensate but it is not perfect.
Amiga 600 Bass on left audio output and Guitar on right audio output
Each audio channel was feed into an oscilloscope
2 Harddrives as the drums and cymbal
Xylophone as the Xylophone (duh) my apologies glockenspiel
Both the Harddrive and Xylophone are controlled by one PIC16F84A mircocontroller 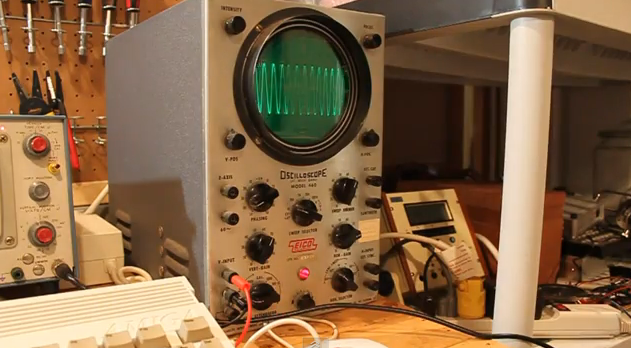