Professional snowboarders Redmond Gerard, Brendan Gerard, and Toby Miller recently got geared up for their trick-filled “Red Bull Snowmusement” ride through Action Park at Mountain Creek, a giant water park that is currently closed for the winter.

Welcome to Action Park at Mountain Creek, an infamous New Jersey attraction that’s gone down in history as the world’s most extreme water park. It’s a place of countless urban legends, a place where good times were always the only priority. So it makes perfect sense that snowboarders Toby Miller, Red Gerard, and his brother Brendan Gerard wanted to hop the fence in the dead of winter, so that they could design and then build their own frozen version for themselves.

Imagine this: snow-covered waterslides, high dives and lifeguard towers, with no lines or price of admission at all. If people thought the original Action Park was too good to be true before … wait ’til they get a taste of the version these three dreamed up. Winching into custom features, ripping down funnel slides, hucking off cliffs directly into the food court — there’s nothing off limits for the boys in New Jersey. 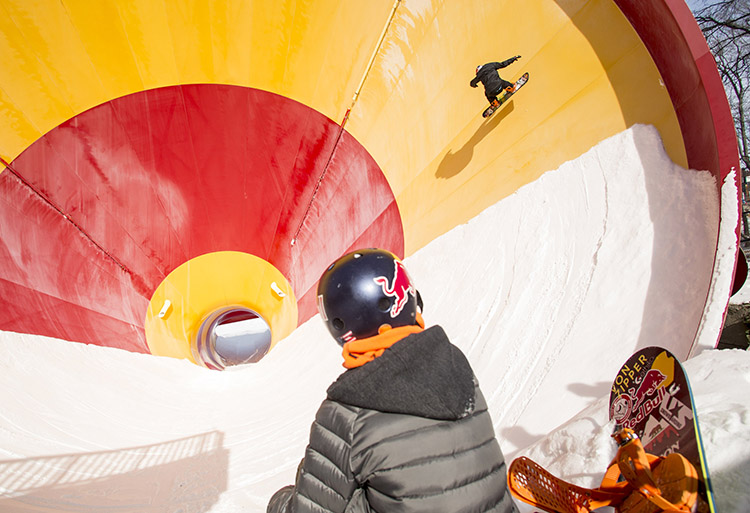 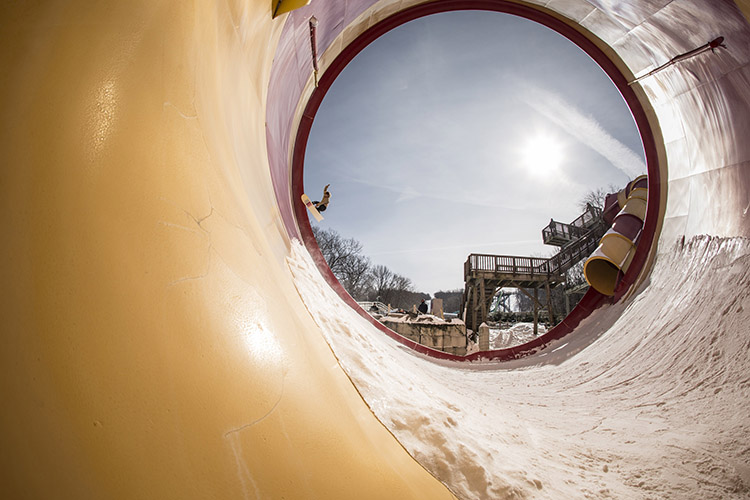 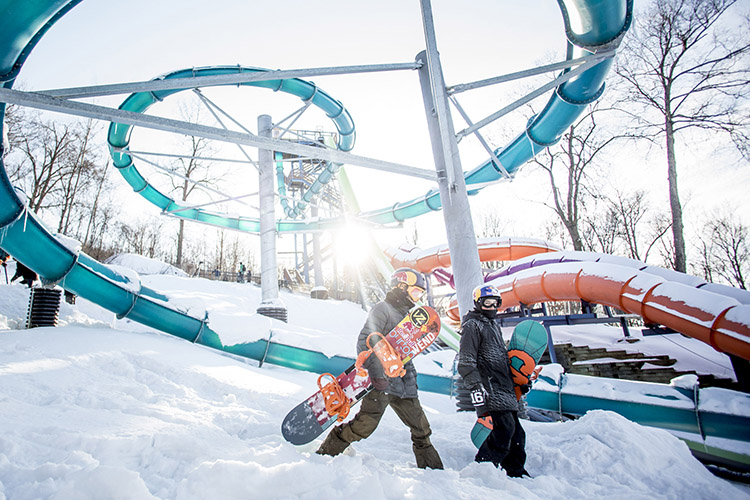