Dallas, Texas creative Jeremiah Warren took three 3′ balloons, a GoPro camera, and Wi-Fi BacPac to produce a slow motion capture of his fireworks going off from the sky above. Just in time for July 4th! This was a follow up to his Wide Angle Camera Mounted on Firework POV video that he created last year. You can read more about his design process on his personal blog or his Facebook page.

My idea was to buy a giant helium balloon and tie it down with two strings, the GoPro camera would be suspended below the balloon. I wasn’t sure if I was going to do this video. It wasn’t until GoPro released their Wi-Fi BacPac that I decided to go through with the idea. The Wifi BacPac allowed you to remotly control your GoPro camera and to view the video live on your iPhone or iPad. I knew this would be perfect because I’d be able to see how the shots were framed and if I was getting the fireworks on camera. 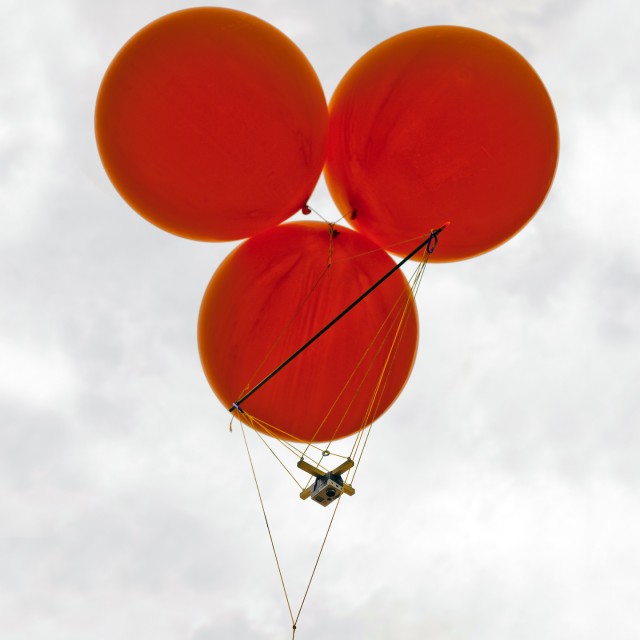