During a recent visit to a friend’s house on Mille Lacs Lake in Minnesota, Darla Johnson witnessed a slow motion tsunami of ice emerge from the lake and push inland, damaging homes and property along the way. The surge of ice was caused by high winds on the lake. Minnesota television station KMSP has posted photos and videos of the phenomenon. We recently posted about another curious ice phenomena witnessed in Minnesota, “chandeliering ice.” 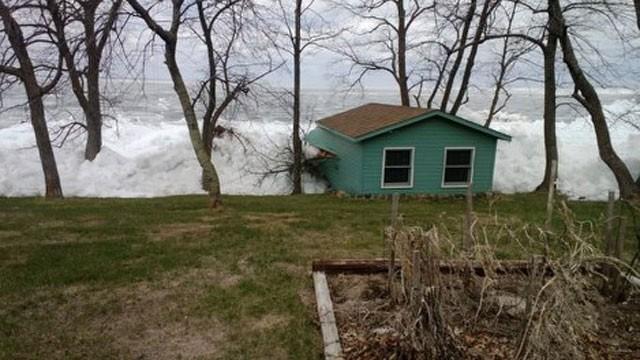 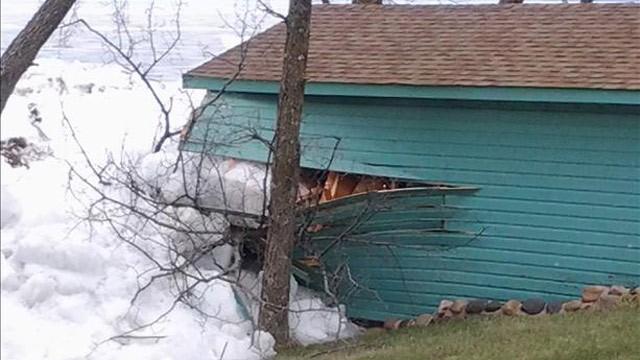